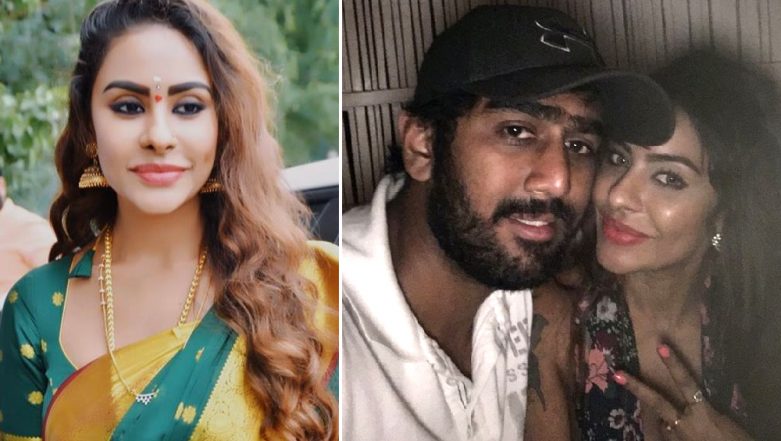 South star Sri Reddy had remained in the front line of controversies since she revealed some groundbreaking statements on casting couch issue. The Telugu entertainment industry was shaken by the storm as Sri named some pioneers of the industry in connection with sexual harassment and casting couch. She even talked about her alleged affair with Suresh Babu’s son Abhiram Daggubati. Taking everyone by shock, the actor also revealed some intimate pictures on them together. A year later, Sri has released another photo with Abhiram and both of them seem to share an intimate bond. Venkatesh Daggubati to Host Bigg Boss Telugu 3, Confirms Sri Reddy.

Sri Reddy took to her social media account to share a picture with Abhiram. She captioned it as, “You remember where it is??”

The actor further surprised everyone by making revelations about Bigg Boss Telugu 3 host. Taking to her Facebook profile, the actor-model shared a picture of Venky and wrote, “We all love venky maama like anything..good news to all venky maama fans..bigboss host he is.. yes, yes, yessssss”

The host of Bigg Boss Telugu 3 has been kept under wraps. Many prominent names were considered to be the part of the show as a host, including Anushka Shetty, Rana Daggubati, Nani, among others. Despite Sri’s announcement about Venkatesh to host Bigg Boss Telugu 3, the official confirmation from the channel is yet to be revealed.