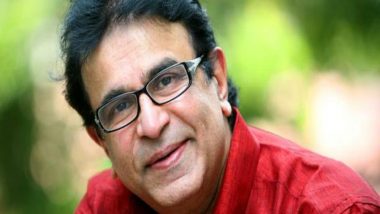 Kochi, Sep 17:  Noted Malayalam actor Captain Raju passed away here Monday morning, film industry sources said. He was 68. He is survived by his wife and a son.

The veteran actor, known for his villain roles, had been undergoing treVeteran Malayalam Actor Captain Raju Died at 68atment after he fell unconscious during a flight to the US two months ago, the sources said. Raju was brought to Kochi from a hospital in Oman where he had been admitted, they added.

He began his film career in 1981 with 'Raktham' after retiring from the Indian Army and acted in over 500 films including Malayalam, Tamil, Telugu, and Hindi. He is best known for his performances in Mohanlal-starrer 'Nadodikkattu', 'Oru Vadakkan Veeragatha' and 'CID Moosa'.