Yash Birthday Special: Give The 'Best Dad Ever' Award to The Handsome KGF Actor Already! (Pics) 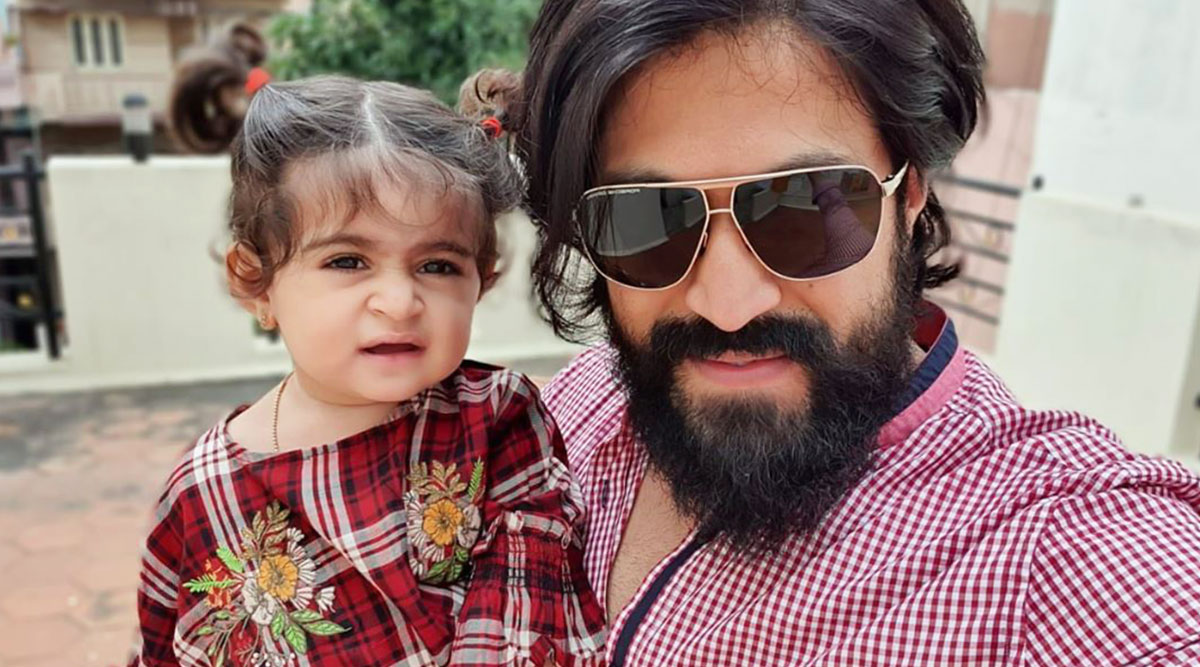 There are a few stars who manage to create a pan-India appeal and one of them is KGF star Yash. The hunky handsome from the Kannada film industry became a household name in no time with his action avatar and power-packed performance. He gained fans not just from down south regions but also from the other zones of the country. Naturally, he received an enormous fan following on his Instagram to which is over 1.8 million at this particular point. However, the fans are now more in love with Yash as a father more than the star in him! KGF Star Yash and Wife Radhika Pandit Welcome Second Baby and It's a Boy!.

It is always fun to watch the biggies of the industry unleash the fun side of their personal life. Yash has been always that doting family person and he has no qualms in flaunting that image on social media as well. If anybody scrolls through his Instagram account, they will find more of the kids' pics than himself! He and his wife Radhika Pandit have a daughter named Ayra and they also recently welcomed a baby boy. Here are some of the cutest pics of Yash with his toddler that will melt the hearts.

Twinning With Her Rockstar Dad

Best way to start the year is to look at life like a child - with lil excitement, lil joy and lots of innocence. Wishing you all a Very Happy New Year! #TheNameIsYash #Happy2020

Being your dad has brought out the softer side in me! You are my strength, my weakness, my everything! Happy Birthday my darling princess! 😘 I love you! ❤️ #AyraYash #AyraTurnsOne #TheNameIsYash

Meanwhile, the fans are also totally geared up for KGF: Chapter 2. Prashanth Neel is returning with an equally interesting sequel and the buzz of it is sky-high. In fact, the rocking star also recently assured at an event that the expectations of KGF 2 will be totally met or even might surpass as the makers have taken immense efforts for it. On his birthday, we do wish him a mammoth success in the upcoming film releases.