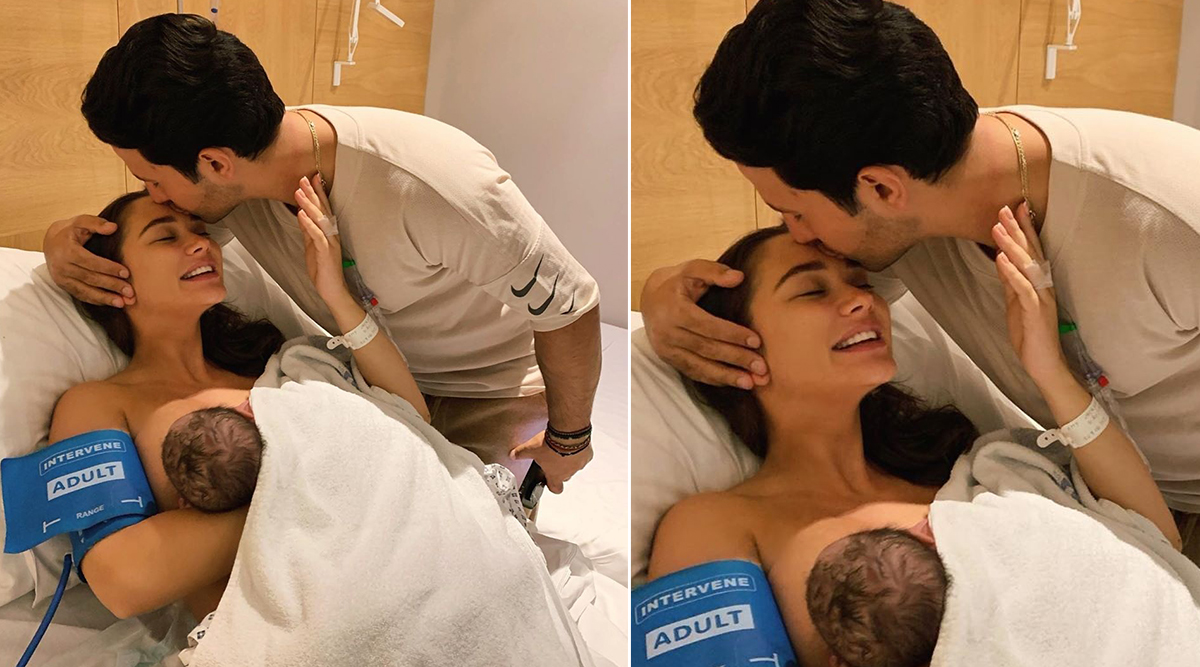 Bollywood actress Amy Jackson, who was pregnant with her first child with fiance George Panayiotou, delivered a baby boy early in the day. The actress, who has been actively sharing different facets of her life as a to-be-mom on her Instagram profile, took to the photo-sharing app to share an adorable picture of her along with her newborn angel and her husband-to-be George on Monday (September 23). As Amy welcomes her bundle of joy, she has already picked a name for the newborn and it is 'Andreas'. Sharing a glimpse of her little munchkin, Amy wrote, "Our Angel, welcome to the world Andreas 💙" Amy Jackson Hosts a Gender Reveal Party and She Is Having a Baby Boy (Watch Video)

It was only in March that Amy Jackson announced her pregnancy and wrote on the photo-sharing app alongside a picture, which read, "Full on Mom&Dad feels | Thankyou @hellomag for sharing our special news so beautifully! The exclusive interview talking about our Baba is out in this weeks magazine." And today the actress announced the birth of her baby boy. Amy Jackson Shares a New Picture from Her Third Trimester and Has a Special Message for all To-Be Moms

Our Angel, welcome to the world Andreas 💙

On the personal front, Amy Jackson, who had been dating British businessman George Panayiotou, got engaged in January. The couple, who started seeing each other in 2015, kept her relationship under wrap and only last year on Valentine’s Day, Amy posted a picture with her beau and made their relationship official on social media. Reportedly, Amy and George will tie the knot with Geroge in Greece in early 2020. Stay tuned!