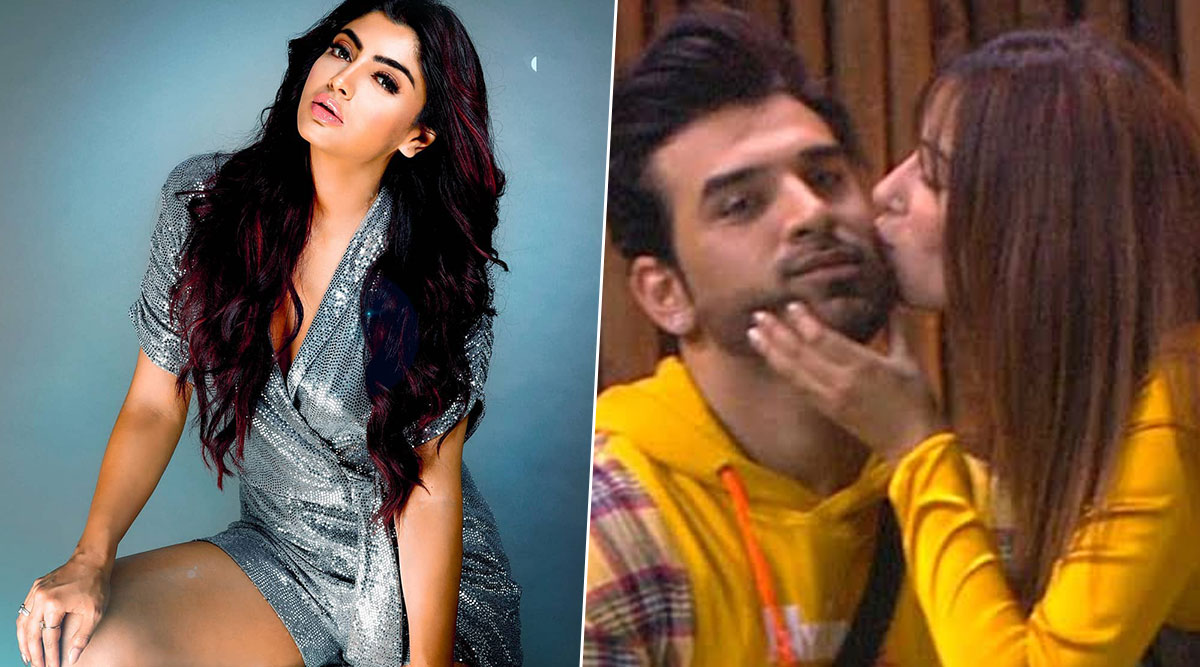 With an aim to churn maximum TRP, Bigg Boss 13 makers are leaving no stone unturned to add more spice to the show. Well, if you happen to be an avid viewer of the reality show, you will know how the past few episodes of BB have been. From Rashami Desai and Sidharth Shukla's bonding to Paras Chhabra making it very clear that he has feelings for Mahira Sharma, the house was on fire. Also, in one of the gone by episodes, it was Shefali Jariwala who suggested Paras to give closure to his girlfriend Akanksha Puri once he’s out of the house. To which, the actor replied that after seeing his and Mahira's closeness in the house, she should be the one who should move on. Bigg Boss 13 Poll Story: Are Paras Chhabra and Mahira Sharma Right In Asking Rashami Desai To Shave Off Her Eyebrows? Vote Now.

Well, all that being said, if we go by the latest news online, Akanksha Puri is all set to enter the Bigg Boss house. The girl is set to mostly grace the Weekend Ka Vaar episode as she is about to make her presence felt on Sunday. It was in the last WKV when host Salman Khan had lashed out at Paras for playing with Puri's emotions. The Bharat actor had also revealed how Akanksha called him to know more deets about Paras Chhabra and Mahira Sharma’s ongoing romance. And now these reports of Akanksha entering the house, looks like she is up for closure as well as a clarification from her boyfriend Paras. Bigg Boss 13: Kartik Aaryan Fulfills Shehnaaz Gill’s Demand, Uploads a Masterpiece Sketched by the Punjab Ki Katrina Kaif on His Instagram (View Pic).

Earlier in an interview with Mumbai Mirror, Akanksha had opened up about their plans to tie the knot with Paras . She said, “Maybe (marriage in 2020). Let’s see. I’m not sure. I’m just waiting for him to come out (of the Bigg Boss house). There are a lot of things that I need to clear. If I go inside the house and talk to him about these things, he is not going to give me an exact answer as he will still be in the game. So, I’m just waiting. Let’s see where it takes us. I’m prepared for everything. We had plans. That was the last conversation Paras and I had just before he entered his vanity (van). He was keen that we shouldn’t delay anymore and that it should happen soon (after the show is over).” Well, looks like the scenario was completely different before Chhabra entered the Bigg Boss 13 house. Stay tuned!