Bigg Boss 13: Shehnaaz Gill’s Crying and Sobbing in Front of Salman Khan Was NOT FAKE, Declare Fans (Poll Result Inside) 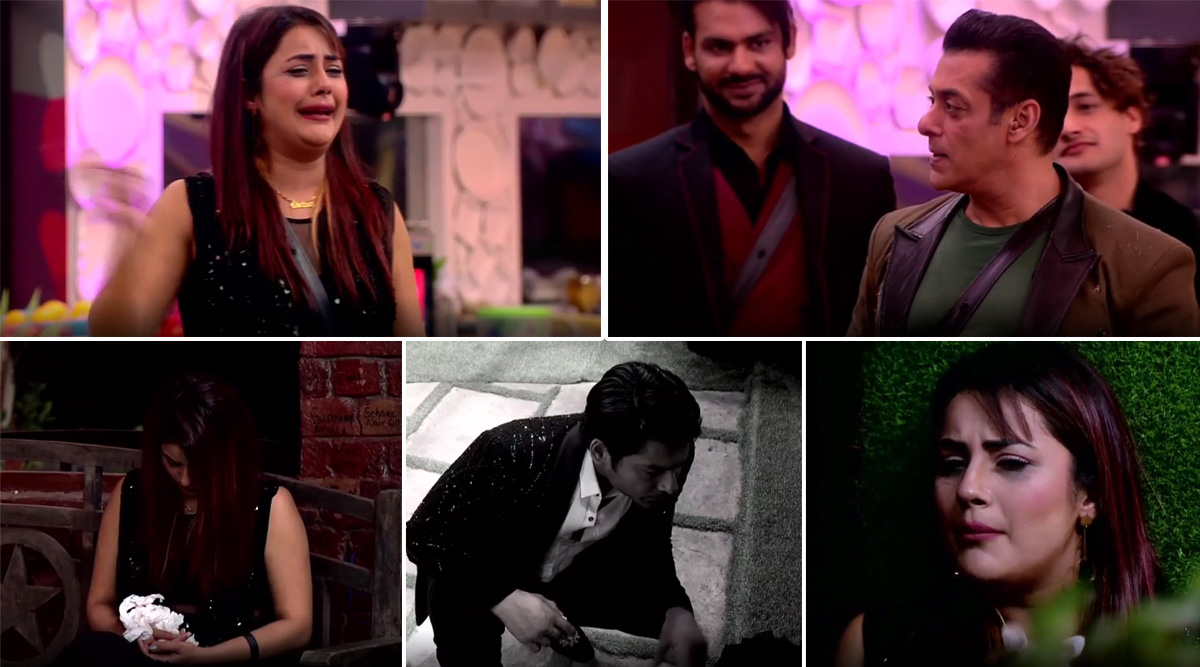 The last Weekend Ka Vaar episode of Bigg Boss 13 featuring Salman Khan was one of the most dramatic ones in the history of the current season. For the unversed, that particular episode saw the most loved contestant Shehnaaz Gill breaking down in front of Salman Khan and how. The reason for the Punjab Ki Katrina Kaif's meltdown was Mahira Sharma and the 'jealous' tag which was given to her. Owing to the same, things got really ugly and Shehnaaz was also seen disrespecting the host on national TV.  Bigg Boss 13: Salman Khan WARNS Sidharth Shukla, Says 'Shehnaaz Gill Is In Love With Him' (Watch Video).

Elaborating on the same, it so happened that when Salman gave housemates a task wherein they had to choose between Mahira and Sana, and decide who among the two is the jealous one. Almost the full house (apart from Sidharth Shukla) voted against Shehnaaz and from thereon the singer started her tantrums. From crying, sobbing to even not paying heed to Salman, Gill's behaviour literally turned annoying. Alt one point, Shehnaaz also wanted to QUIT the show and to this Salman also yelled at her. Bigg Boss 13 Weekend Ka Vaar Preview: Salman Khan IGNORES Shehnaaz Gill After The Latter's Tantrums, Questions Deepika Padukone On When Will An 'Aayat' Or 'Salman' Show Up In Her Life?

Have A Look At Shehnaaz's Breakdown Video Here:

And as you know how curious we are when it comes to Bigg Boss, so we conducted a poll on Twitter and asked fans, their take on Shehnaaz's behaviour on Sunday's Weekend Ka Vaar, was it fake or not? Well, the results are here and fans feel that Shehnaaz was not faking it and was genuinely crying and sobbing.

Check Out The Poll Result's Below: 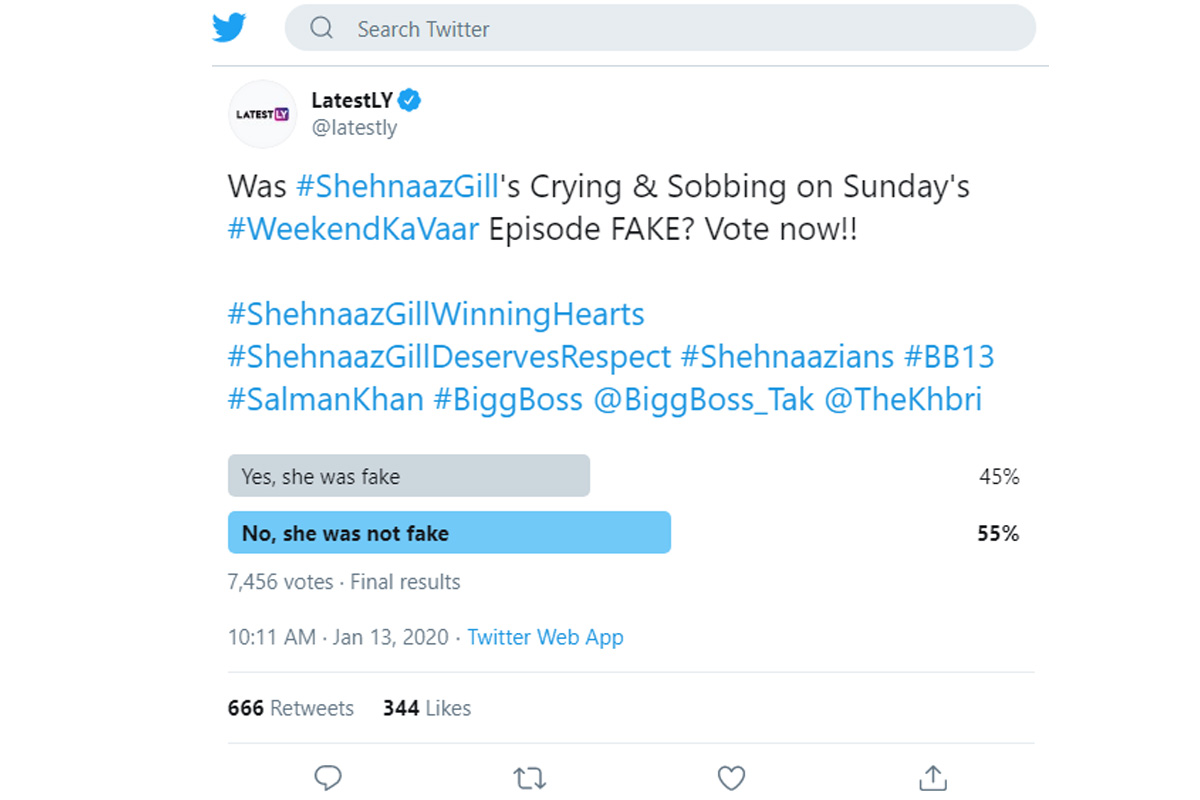 As you can see above, the result was close enough as 45 percent of tweeple voted for Shehnaaz being fake whereas the majority of Twitterati voted in the singer's favour with 55 percent vote. Must say, Gill, is day-by-day garnering a huge fan following via Bigg Boss 13. Stay tuned to LatestLY for all the updates from the most controversial reality show on TV!