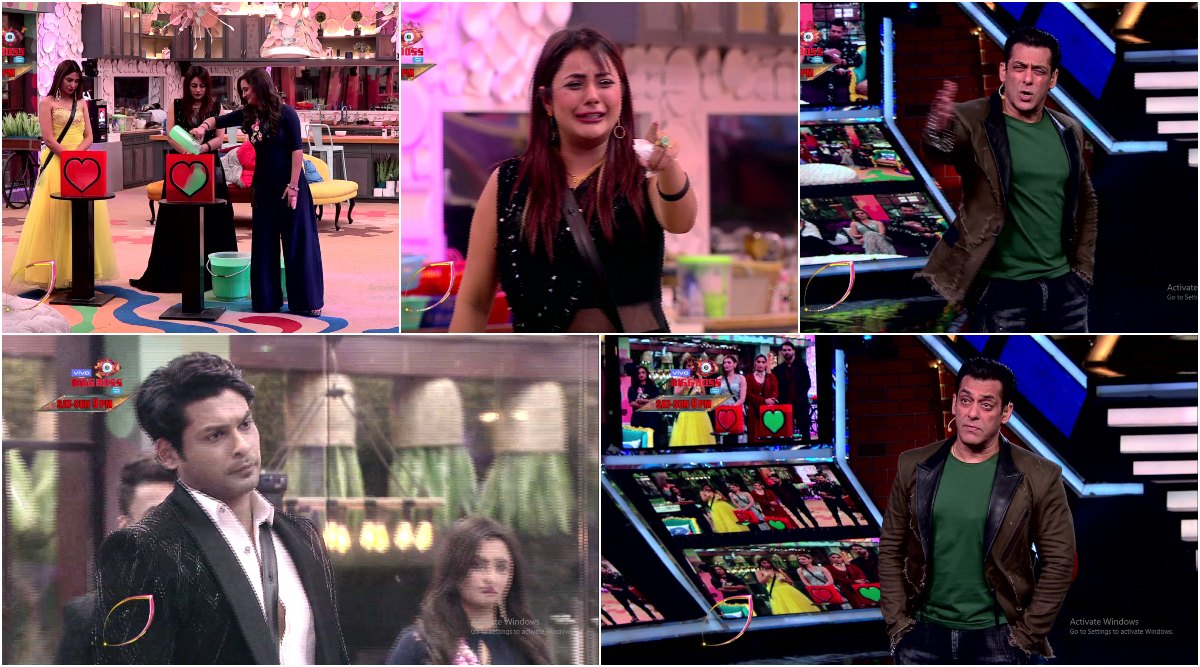 Shehnaaz Gill is in biggggggg trouble in tonight's episode of Bigg Boss 13, for Salman Khan will unleash hell on her for her repeated instances of anger fits that she displayed this week. It can be recalled that the entire week, we saw how Paras Chhabra and Mahira Sharma would gang up on Shehnaaz Gill and call her jealous. And despite it proving otherwise in an episode a few days back, Sidharth Shukla too joins Paras and Mahira in calling Shehnaaz jealous. The last week also saw Shehnaaz get worked up and create chaos in the house over being called 'jealous' multiple times. Bigg Boss 13 Weekend Ka Vaar Preview: Salman Khan Asks Shehnaaz Gill To Get Out Of The House (Watch Video)

And when Salman Khan finally addresses the issues, the whole 'Is Shehnaaz Jealous Of Mahira' discussion goes south. Salman asks Mahira and Shehnaaz to stand in front of two boxes and asks the other housemates to fill in the boxes if they feel that Mahira and Shehnaaz are jealous of each other.

Shehnaaz feels cheated when her box is filled by a majority of the housemates and breaks down. Refusing to believe the results, Shehnaaz tries to tell Salman that she isn't jealous, but the host, in no mood to listen, asks Shehnaaz to not do any drama and accept it that she is jealous. Shehnaaz breaks down and asks Salman to remove her from the house, which leads to the host walking off from the screen asking the makers to open the house doors. Bigg Boss 13: KRK Calls Mahira Sharma ‘Battakh Ke Hoton Wali Chipkali’ and Paras Chhabra ‘Meetha’

Shehnaaz also walks out of the house and sits near the door, while Sidharth and a few other housemates run behind her to console her. However, Salman Khan drops another bomb on Sidharth Shukla when he tells him, "Sidharth you be very careful of this one because she is in love with you." WOAH!!!