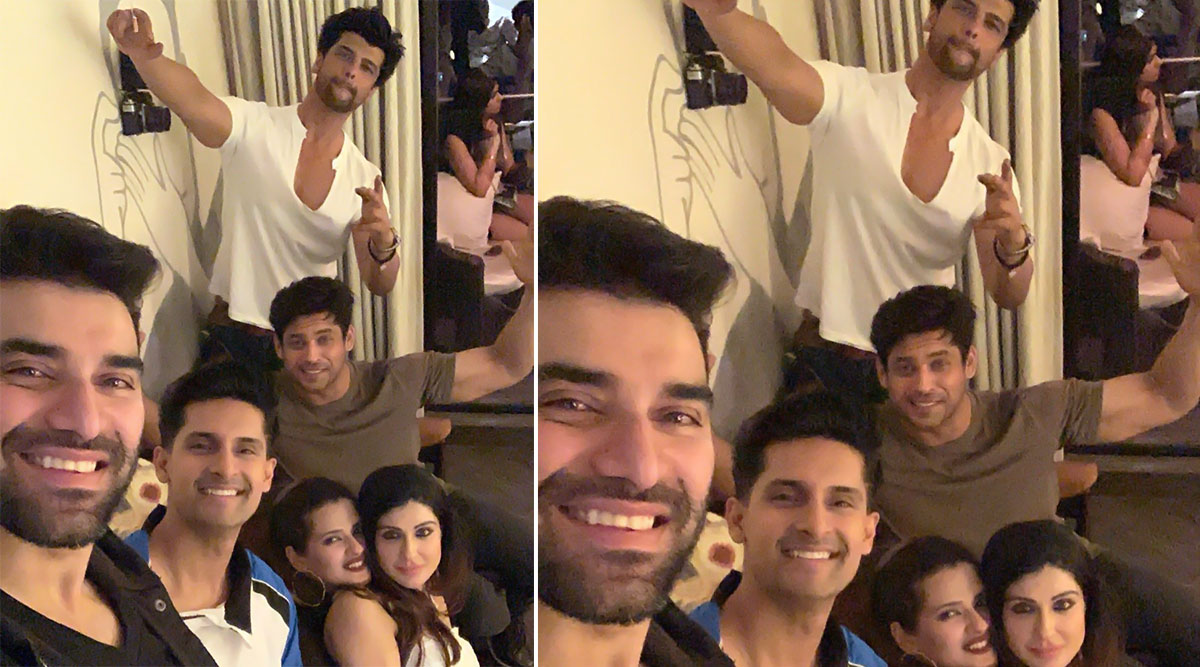 Love or hate him, but you cannot ignore him. Well, we are talking about none other than Bigg Boss 13 winner, Sidharth Shukla here. The Dil Se Dil Tak actor created history by becoming the most loved contestant ever on the show. Locked inside the house for almost four months, once out Sidharth first met his mom and family. After the same, we saw the lad inaugurating a hospital ward in Mumbai and seems like now it's party time for the man. As going by the latest update shared by Shukla, he was seen at a party hosted by Bigg Boss 7 contestant Kushal Tandon. Bigg Boss 13 Winner Sidharth Shukla Inaugurates a Hospital Ward With Mom, Receives Love From His Elderly Fan (Watch Videos).

The reason behind the celebration was Tandon's new restaurant launch in the city. The fun-filled party guest list included well-known faces from the TV world like Sidharth Shukla, Nikitin Dheer, Nia Sharma, Ravi Dubey and wife Sargun Mehta, Karanvir Bohra and wife Teejay Sandhu and many more. An elated Sid clicked a selfie with his pals and shared the same on Instagram. Along with the pic, he wrote, "Best wishes Kushal for your new venture."Bigg Boss 13 Winner Prediction: 6 Qualities Which Echo Why Sidharth Shukla Deserves to Lift the Winner’s Trophy!

Meanwhile, in other news, fans cannot keep calm as a video of Sidharth Shukla dancing with Shehnaaz Gill on the stage of Mujhse Shaadi Karoge had gone viral on the web. Also, looks like Sidharth's popularity is in no mood to rest as recently the man trended on the top with #WeLoveSidharth. Well, get used to this guys, as Shukla's army is expanding and how. Stay tuned!