Bigg Boss 14: Shilpa Shinde Gets Annoyed With Vikas Gupta for Dragging Her Name on the Reality Show

Shilpa Shinde and Vikas Gupta's rivalry is old and still on. The former who recently made her digital debut with Paurashpur reacted to the Vikas' claim that Arshi Khan is the 'Shilpa Shinde' of the latest season. Check out the full story. 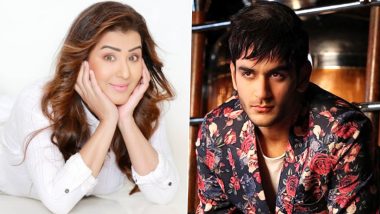 Shilpa Shinde and Vikas Gupta's massive fight is not known to all. The two prominent faces from the small screen were seen locking horns on national television when they were part of Bigg Boss 11. Later, both of them tried to mend ways, but that did not work. Now, looks like even after three years, Shilpa and Vikas are still dushmans. Recently, Vikas Gupta, who is part of Bigg Boss 14 was seen telling another contestant Arshi Khan that she trying to be Shilpa of the latest season. Well, now Shinde has reacted to this comment made by Gupta. Paurashpur Trailer: Shilpa Shinde, Milind Soman, Shaheer Sheikh and Annu Kapoor’s Period Drama Is Dark, Revengeful and Erotic (Watch Video).

For the one's who don't know, Shilpa Shinde played quite a landmark role as Angoori Bhabhi in Bhabhiji Ghar Par Hain! However, she made an exit from the sitcom as she mentally tortured by the makers, as claimed by the actress. During the same time, Vikas Gupta was also part of the production team and that is why she had blamed him for ruining her career. Shilpa Shinde Is Back, Bigg Boss 11 Winner Set To Make Digital Debut in ALTBalaji and Zee5's Paurashpur.

Well, that's an old gossip, as currently, Shilpa is wowing the audience with her digital debut in Paurashpur. It was released on December 29, 2020, on ALT Balaji. The actress plays the role of a fierce queen, Rani Meerawati. The show also features Anu Kapoor, Milind Soman, Shaheer Sheikh, Sahil Salathia and Poulomi Das in key roles. Stay tuned!

(The above story first appeared on LatestLY on Jan 07, 2021 03:48 PM IST. For more news and updates on politics, world, sports, entertainment and lifestyle, log on to our website latestly.com).