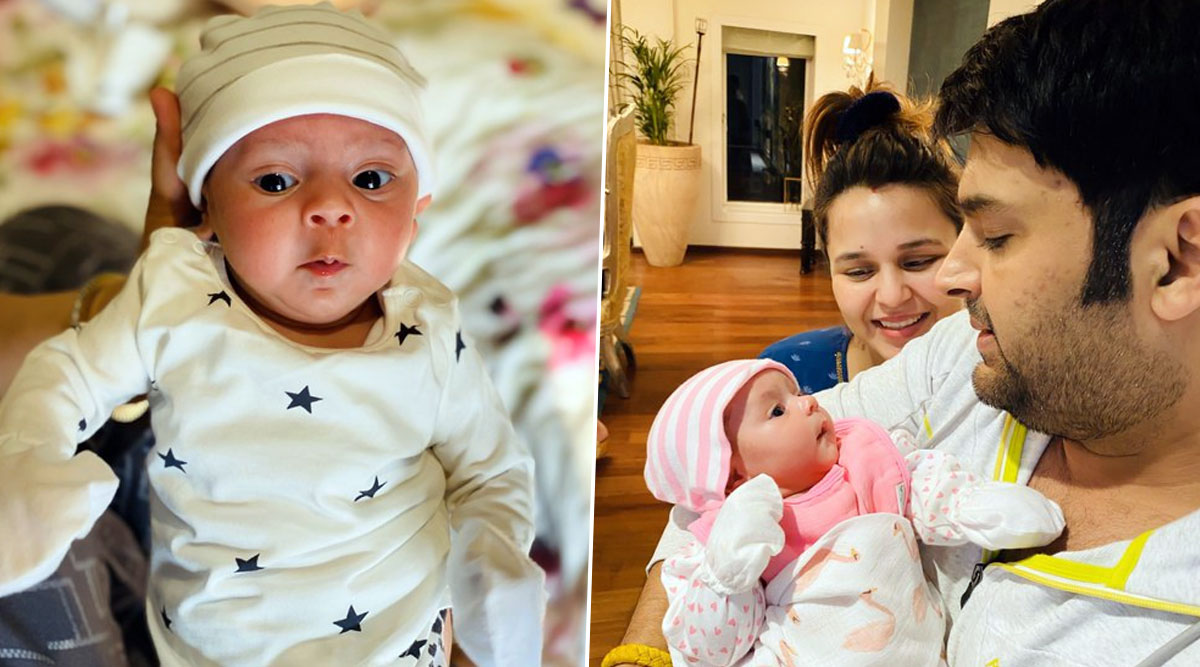 Kapil Sharma and wife Ginni Chatrath welcomed a baby girl in December 2019 and his fans are since then waiting for the comedian to share few of her pictures. The couple tied the knot in December 2018 and were blessed with a healthy baby girl the next year. Since then the comedian is busy being a doting dad while shuffling between his professional and personal commitments. For the ones who were wondering about his daughter's name, Sharma has thankfully ended the long wait by revealing it via his Twitter handle. TKSS host took to his social media account to announce and introduce - Anayra Sharma, his little girl to the world. Salman Khan Clicks A Picture With Kapil Sharma And Sunil Grover And Fans Are Already Praying For A Reunion.

"Meet our piece of heart “Anayra Sharma #gratitude", he wrote while sharing a couple of her pictures with his fans. The munchkin looks super adorable in her first clicks and we can't wait to see the way she dominates our Instagram feed in the future. Earlier the comedian's fan clubs had shared the same pictures and they went viral on the internet. It was only later that Kapil decided to share them from his official account. Kapil Sharma-Ginni Chatrath First Wedding Anniversary: The Actor-Comedian Thanks God For The Best Gift Of Their Lives.

The couple had the sweetest anniversary present in Anayra and her presence definitely made their day extra special. The comedian's The Kapil Sharma Show is back on track and it's scoring some good TRP ratings. He has all the good reasons to be on cloud nine these days and we hope they stay the same.