Karan Mehra Out On Bail After Getting Arrested On Wife Nisha Rawal's Complaint Says, 'She Smashed Her Head On The Wall And Told Everyone I Did It'

Karan Mehra has now presented his side of the story to a leading portal, in his feud with wife Nisha Rawal. He was arrested earlier today and later released on bail after his wife registered a complaint against him. The Yeh Rishta Kehlata Hai actor revealed what really happened last night. 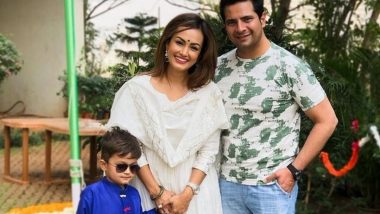 Karan Mehra and Nisha Rawal's marital feud has just gotten murkier. Earlier today, the Yeh Rishta Kehlata Hai actor was arrested and later released on bail on a complaint lodged by his wife Nisha Rawal. It happened following a brawl. Now the actor has spoken to India Today, to tell his side of the story and it sounds quite serious. Karan accused her of banging her head on the wall and later blaming him for that. Karan Mehra Gets Bail After Being Arrested On Wife Nisha Rawal’s Complaint

Karan recounted that they were having issues with their marriage and were even discussing what they should do next. Nisha's brother Rohit Sethiya was there to broker peace between them. Both asked for heavy alimony from Karan which revealed he can't pay. After having this conversation with her brother, he came to his room and started talking to his mother on phone. "Nisha barged in and started hurling abuses at me, my parents, and my brother. She started shouting loudly and not only that Nisha even spat on me. When I asked Nisha to go out, she threatened me by saying 'see what I do now' and went out. She then smashed her head on the wall, and told everyone that I did it," Karan said. Karan Mehra Back On the Small Screen With Colors’ Shubhaarambh (View Post)

Karan Mehra and Nisha Rawal also have a four-year-old son.

(The above story first appeared on LatestLY on Jun 01, 2021 03:38 PM IST. For more news and updates on politics, world, sports, entertainment and lifestyle, log on to our website latestly.com).