The popular show Mirzapur starring Pankaj Tripathi, Divyenndu, Ali Fazal, Shweta Tripathi and other talents is available to stream on Amazon Prime Video and has been confirmed for season three. Its filming will soon begin according to a recent clip shared online by Rasika Dugal who also stars in the show. 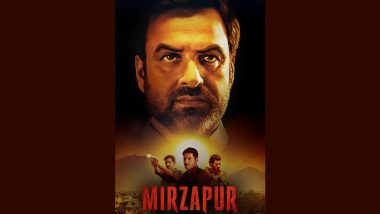 The makers of the popular Indian thriller called Mirzapur had previously announced that there will be a third season. A clip was recently shared online showing the set of the tv show and how the preparation for filming season three is about to begin. The show starring Pankaj Tripathi, Divyenndu, Rasika Dugal and other actors first premiered on November 16, 2018 on Amazon Prime Video. The premiere date for season 3 has not yet been confirmed. The Family Man, Four More Shots Please!, Mirzapur and Other Popular Web Series Get Renewed for New Season on Amazon Prime Video!

(The above story first appeared on LatestLY on Jun 13, 2022 10:13 AM IST. For more news and updates on politics, world, sports, entertainment and lifestyle, log on to our website latestly.com).