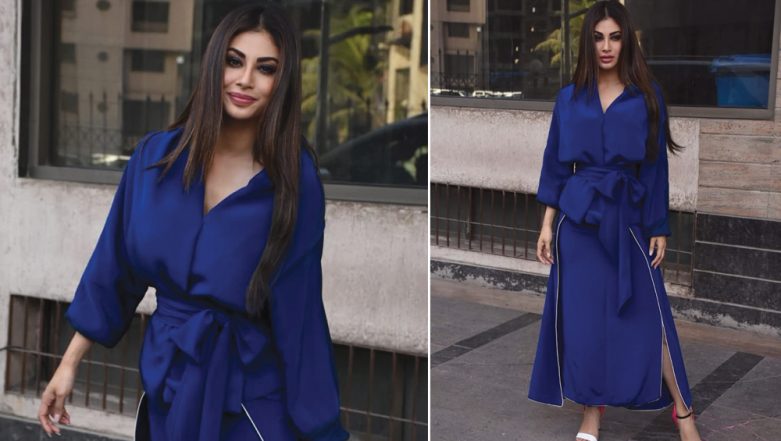 Mouni Roy is all geared up for the promotions of her upcoming film RAW – Romeo Akbar Walter. (Photo Credits: Instagram)

Mouni Roy is undoubtedly one of the hottest and most stylish divas from the telly industry. Hot, sexy and beautiful - these are the words that anyone can't stop using while they scroll across the best pictures of Mouni Roy. After a successful stint in television, the actress, who made her mark in Bollywood with Reema Kagti's Gold opposite actor Akshay Kumar, is currently gearing up for her forthcoming spy thriller with John Abraham titled RAW – Romeo Akbar Walter. Yes, the gorgeous diva is climbing up the success ladder and has a few more projects in her kitty. As her film with John is scheduled to hit the silver screens on April 12, 2019, the actress is currently on a promotional spree and has been gearing up for interviews with media. 64th Vimal Filmfare Awards 2019: Mouni Roy Sets the Red Carpet on Fire With Her Fashion Statement – View Pic

But guess what, Mouni's busy schedule never stops her from treating her fans with her crazy Instagram clicks. Yes, she never misses the chance to impress her fans with her exceptional sartorial choices or set the Internet on fire with her hot and sizzling pictures. On Tuesday, the actress took to the photo-sharing app to share a couple of pictures and captioned the post as, "#ForRAWPromotions"

On the professional front, Mouni Roy, apart from John Abraham starrer Romeo Akbar Walter, will be seen sharing the screen space with Alia Bhatt and Ranbir Kapoor in Brahmastra. The actress also has Rajkummar Rao's Made in China, which is set to hit the silver screens on August 30, 2019. Now, Mouni has bagged her fifth Hindi film Bole Chudiyan opposite Nawazuddin Siddiqui. Watch this space for further updates.