What If...? Season 1 Review: Ranking All Episodes of the Marvel Series on Disney+ Hotstar From Worst to Best!

With the celestial The Watcher (Jeffrey Wright) being the silent, passive observer, What If...? presents different universes through different episodes, with each storyline evolved from a decision taken in stories we have seen in the MCU in the past. 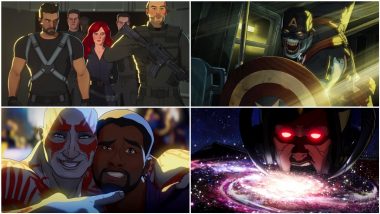 What If...? Season 1 Review: Ranking All Episodes From Worst to Best! (Photo Credit: Marvel)

Marvel's What If...? series on Disney+ Hotstar is the kind of saga that the live-action Marvel Cinematic Universe may never attempt to do, at least in the foreseeable future. From turning your fave Avengers into flesh-eating zombies to seeing universes getting destroyed on mere whims, What If...? took some very bold risks when it comes to conventional storytelling we are so used to when it comes to superhero movies, fully utilising the freedom that the OTT platform and the animation format. Marvel’s What If? Episode 9 Ending Explained: Decoding the Climax and Mid-Credit Scene of Action-Packed Season 1 Finale of Disney+ Series!

With the celestial The Watcher (Jeffrey Wright) being the silent, passive observer, What If...? presents different universes through different episodes, with each storyline evolved from a decision taken in stories we have seen in the MCU in the past. Although presented in an anthology format, the final couple of episodes manages to bind them them sensibly, especially the finale. 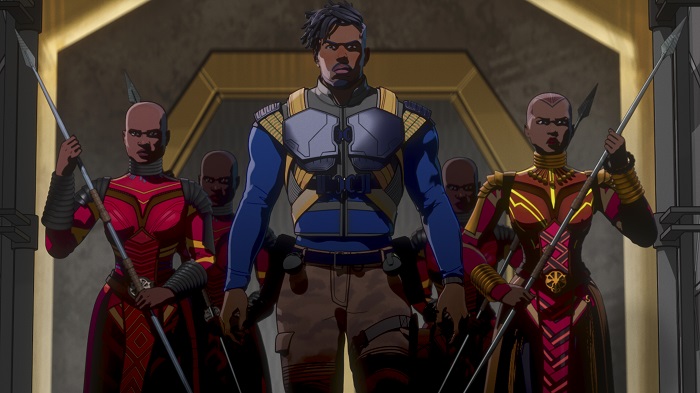 A Still from Episode 6

This episode is about if Killmonger had saved Tony Stark during the Afghan crisis, thus preventing the latter's journey to be a superhero and the former becoming more powerful than even his cousin T'Challa could contain. A very decent episode at best, the misfortune surrounding this one is that is sandwiched between two really great episodes. Killmonger's anti-heroics were entertaining to watch, but it felt predictable after a point. Also the conclusion was very abrupt and was cut off when the storyline actually became the most interesting.

"What If... Captain Carter Were the First Avenger?" (Episode 1) 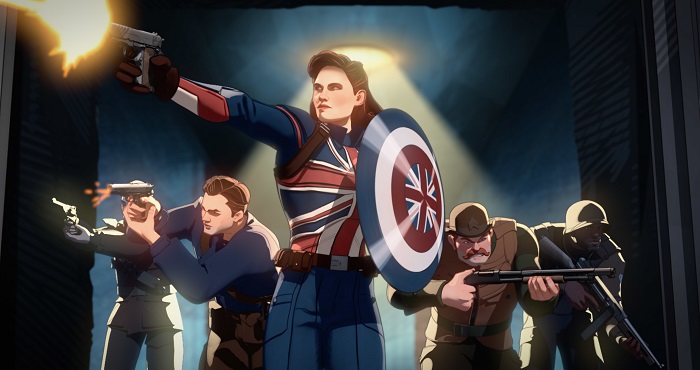 A Still from Episode 1

The episode where Peggy Carter was injected the serum instead of Steve Rogers, who later becomes the first variant of Iron Man. The first episode of the series had the burden to make a really good impression. It was likeable, it was weird towards the end and it gave a badass character like Agent Carter more room to shine, but since it mostly tread nearly the same beats as Captain America: The First Avenger, with a gender twist, the episode was merely passable at best.

"What If... Doctor Strange Lost His Heart Instead of His Hands?" (Episode 4) 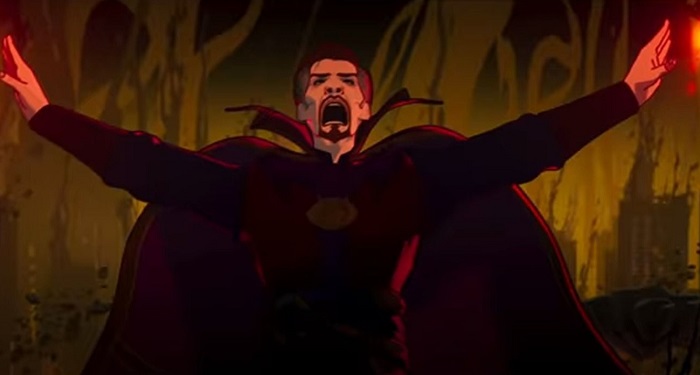 A Still from Episode 4

The episode where Doctor Strange who was in love with Christine Palmer, and instead losing the ability to use his hands in a car accident, get her killed in the collision. Despite following an episode where major Avengers were killed, this was the episode that shows What If...? can go really dark. Dealing with death, guilt and depression, it shows what can happen if Sorcerer Supreme can go the dark side. The episode has some heartrending moments, the ending is devastating (while also giving the first instance about The Watcher breaking his vow to not interact), but at times, it felt really stretched and way too gloomy. 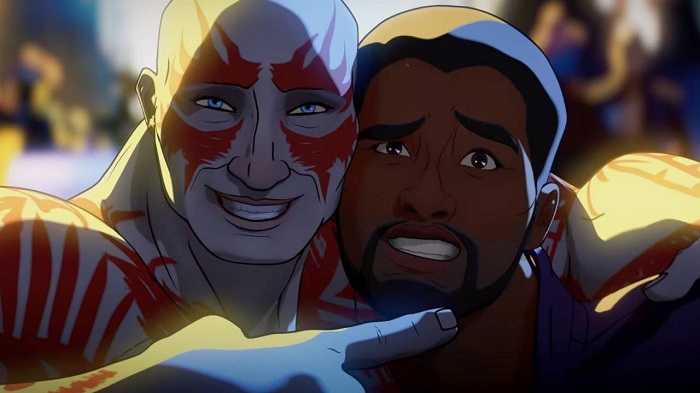 A Still from Episode 2

The episode where instead of Peter Quill, it was T'Challa who was taken away by Yondu and turned into Star-Lord. Unlike Quill who turned into a fugitive smuggler chased by both Nova forces and Ravagers, T'Challa becomes quite popular and a natural leader. One regret that we have about the late Chadwick Boseman's MCU innings is that while he made for a great Black Panther, his short-lived innings never allowed him to have fun with the character. That was quite rectified in this episode, even if it was in a voice role, themed as a heist-thriller and gave us a badass Collector and Thanos in a surprising avatar. 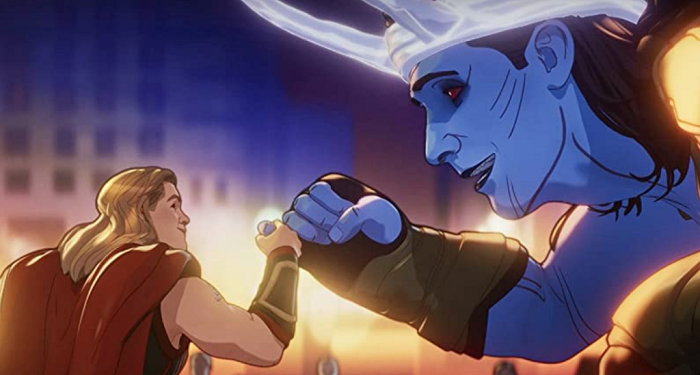 A Still from Episode 7

The episode where Loki was not adopted and Thor remained the only child of Odin and Frigga (and Hela wasn't discovered yet). With no Loki to check on, Thor turned into a party monster who turned every planet he and his gang visited into a one big party. This was the fun-nest episode of the whole series, and Chris Hemsworth was a blast as Thor. Even the romance between Thor and Jane Foster was much better than what we have earlier seen in the MCU. Frost Giant Loki, and Thor's clash with Captain Marvel added to the fun factor. And let's not forget my fave scene - Surtur flirting with Statue of Liberty! What if…? Episode 7 Review: Party Thor and Flirty Jane Foster Bring the Fun-Nest Episode of the Series!

"What If... the World Lost Its Mightiest Heroes?" 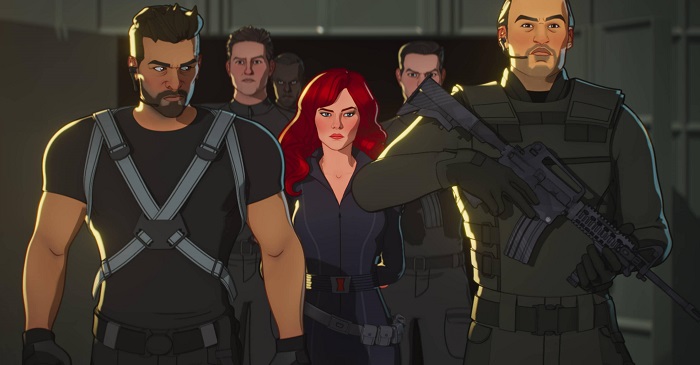 A Still from Episode 3

The episode where the OG Avengers are killed off in mysterious ways. A suspenseful episode with a killer of a finale, this was the one that actually made me truly invested in the series. The whole mystery about who is killing the Avengers is well-handled till the last reveal, shocking us with its switching of protagonists in the middle and using the characters that we love really well here. 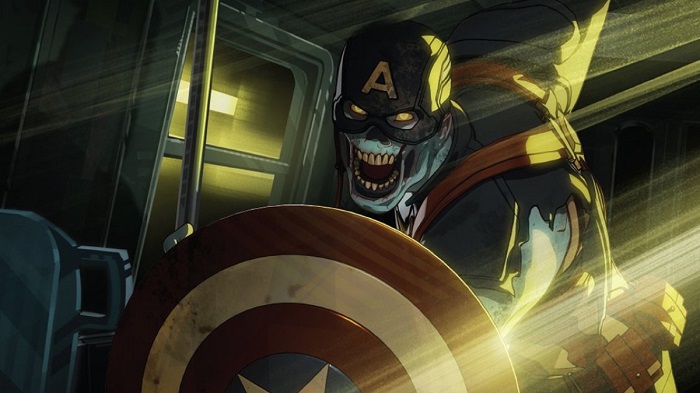 A Still from Episode 5

The episode where Earth is overcome by zombies, and even the Avengers are turned into mindless, flesh-eating beasts. The only episode to feature Spider-Man, the zombie factor gave us one of the most thrilling episodes of the series, that doesn't hold back on the killings and the bloodshed, while also taking a breather to give some touching emotional beats and a couple of impressive stunts. The motley group of heroes/survivors were fun to watch, even if some of their deaths don't leave the emotional heft that was needed. The best was the episode's use of Wanda-Vision's romance that makes stuff worth a horrifying horror movie. One slight annoyance was that the ending was slightly dampened, considering the final scene was an absolute scorcher.

A Still from Episode 9

The episode where The Watcher broke his vow of non-interaction and hired his 'Guardians of the Multiverse' to take down Infinity Ultron. Let me get down to why this episode, that is absolutely thrilling from start to end, loses the top spot. It is the inclusion of the Gamora track that felt underserved here, because we never got to know this character well, and are curious to know how Iron Man ended up with her. Otherwise this is an absolute blast of an episode featuring an unlike band of heroes (and villains) taking down a terrifying foe. It was great to see Doctor Strange redeem himself after destroying a universe, the Black Widow-Captain Carter bonding was nice, Thor continued to be a blast and we have Chadwick Boseman's last hurrah on the screen. I also liked how the episode nicely linked all the previous episodes, including even bringing the zombies back.

A Still from Episode 8

The episode where Ultron was not thwarted by the Avengers and managed to take over Vision. I had quite enjoyed Avengers: Age of Ultron, when it came out in 2015. Having not read much of Marvel comics then, I was surprised that the hardcore Marvel fans were unhappy with how Ultron was portrayed in the movie. Now I know why. For the movie didn't even unlock a quarter of the terrifying potential this character possesses. When merged with Vision, Ultron became the most powerful being that even Thanos with nearly all Infinity Stones in possession couldn't survive a second in front of him. Infinity Ultron is easily the most terrifying antagonist MCU has seen, so powerful that he even forced The Watcher - MCU's idea of the Supreme Being - into action and then easily defeat him. Looking beyond Ultron, there is also the tragic bonding between Black Widow and Hawkeye, while a returning Arnim Zola gets more scope to be a pantomime villain, even if he is now just a program!

(The above story first appeared on LatestLY on Oct 07, 2021 06:47 PM IST. For more news and updates on politics, world, sports, entertainment and lifestyle, log on to our website latestly.com).

Comments
Tags:
Avengers Black Panter Black Widow Doctor Strange Marvel Marvel Series What if…? Marvel Zombies Marvel's What If? Spider-Man The Watcher Thor What if Ending Explained What If? Finale What If? Review What If? Season 1 What If...? Season 1 Review What If…? Spoilers
Comments
You might also like