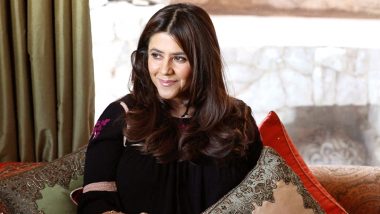 When Shobha De asked her on the current threat and wrath she has been facing on social media, Ekta shared, "As an individual and as an organization we are deeply respectful towards Indian army. Their contribution to our well being and security is immense. We have already deleted the scene that is being spoken about so action has been taken from our side. What we don’t appreciate is the bullying and the rape threats by the trolls.” Check out the video where Ekta talks about the threats she has been receiving.

(The above story first appeared on LatestLY on Jun 06, 2020 10:51 PM IST. For more news and updates on politics, world, sports, entertainment and lifestyle, log on to our website latestly.com).