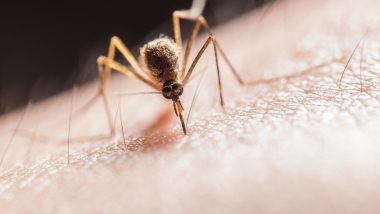 New Delhi, July 26: Amidst fight with the Covid-19 pandemic, another battle is looming over the horizon of the national capital. The cases of vector-borne diseases are rising in Delhi.

As per the latest data released by all three municipal corporations, the city has recorded 73 cases of Dengue, Malaria and Chikungunya so far.

However, the officials are quite optimistic about the current count. They believe the situation is under control as the count is 30 per cent less then the previous year. In 2019, the city had recorded 107 cases of Dengue, Malaria, and Chikungunya in the same period. "We have the situation under control and fully prepared to deal with it in the coming days," said Ira Singhal, Additional Municipal Commissioner of North Municipal Corporation of Delhi.

Singhal also said that the MCD staff is carrying various activities to put a lid on the outbreak. "Domestic breeding checking, fogging, anti-larval spray, and sanitization of wet spots are being done to check mosquitoes' breeding. Besides, we are also doing awareness programs to sensitize the residents," she said.

Singhal also said that the MCDs are carrying inspection drives and penalizing the persons or the establishments where breeding spots for mosquitoes are found. As per the data, the corporations have served 11,942 legal notices and launched 106 prosecutions against the violators.

The officials told that the corporations had roped traders' associations and RWAs to spot and cover the uncovered drains. An official from South Delhi Municipal Corporation (SDMC) said that the corporation has started an awareness campaign and prepared an audio-visual clip to be shared with all RWAs.

However, the RWAs have contradicted the claims by the MCD officials. B.S. Vohra, president of East Delhi RWA joint front who lives in Krishna Nagar, fared that only 25 per cent of the work is done against the claims touted by the MCD officials. "Very less has happened on the ground. Many drains in East Delhi localities are yet to be desilted. Due to the accumulation of silt, colonies are being waterlogged within minutes of the downpour. If not addressed readily, It could wash away all the efforts put in to fight against Dengue and Malaria," he said.

The experts said that the peak season for malaria starts from May, and a spike is seen after the monsoon in July and August. Dr Pankaj Solanki, a member of Delhi Medical Council, said that the outbreak of Malaria and Dengue is around the corner.

"The drop in blood platelets will be fatal for the patients already suffering from the Covid-19 infection," Dr Solanki further added.

(The above story first appeared on LatestLY on Jul 26, 2020 10:40 AM IST. For more news and updates on politics, world, sports, entertainment and lifestyle, log on to our website latestly.com).