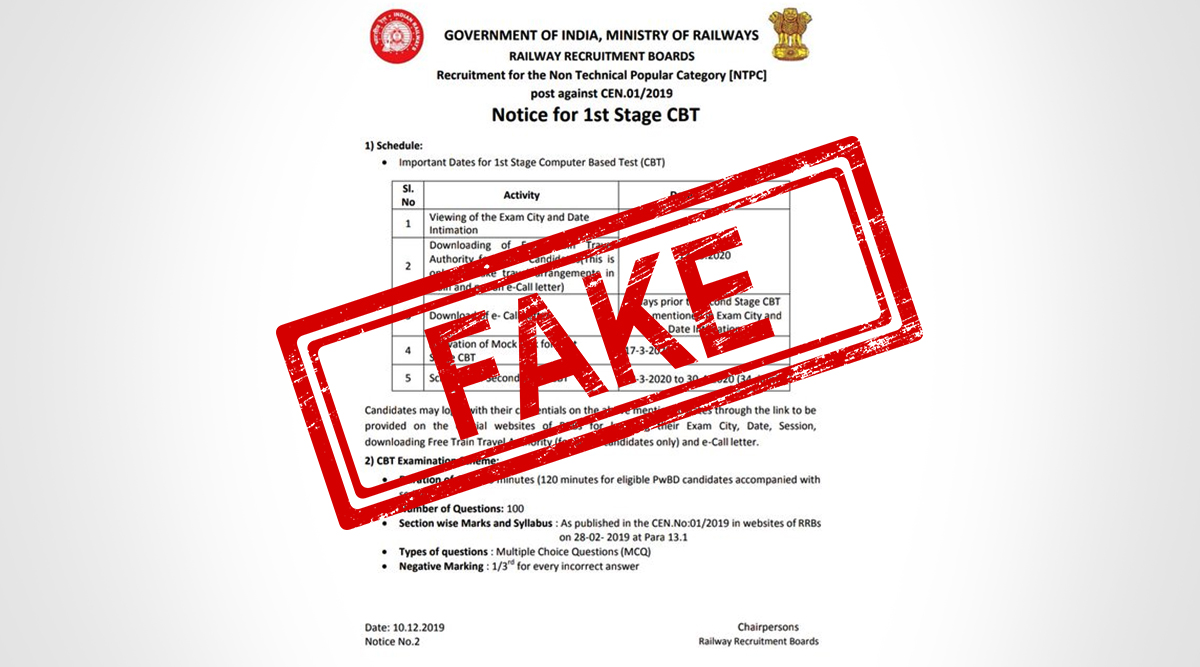 The Railway Recruitment Board (RRB) is yet to decide the examination date for the recruitment of Non-Technical Popular Category (NTPC) recruitment. The notification which was released earlier this year does not mention the admit card or exam date details. While candidates wait for the RRB NTPC tier 1 exam date 2019, a notification was being circulated on WhatsApp and other social media platforms. The notice says that the RRB NTPC Exam will begin from March 28, 2020, and hence the call letters will be released four days ahead of the examination. But it is not true as the official website of RRB; rrbcdg.gov.in has not shared any details related to the recruitment examination. While the fake Indian Railways’ notification on RRB NTPC exam date has gone, the time table for the same is still awaited to be uploaded online. Indian Railways Hit by Unemployment Amid Economic Slowdown? Delay in RRB NTPC 2019 Recruitment Exam Triggers Concern Among Candidates.

Candidates were left confused when such notification began to circulate on WhatsApp and social media platforms. When they took to Twitter, it was unveiled that the notice was fake. It is noteworthy here that it has been nearly nine months and RRB is yet to issue an official notice in this regard. And when it had the logo of Indian Railways, it was easy for the applicants to fall for it. But the board has not uploaded any notices related to the recruitment exam on its website.

More than 1.26 crore candidates applied for RRB NTPC exam. The job notification has been invited to fill 1.3 lakh posts. One lakh posts are for Level 1 while 30,000 are for para-medical staff. With the increasing concern of the examination, RRB had earlier posted a notification stating that the board will soon conduct the first-stage exam for NTPC and that the notification for the same will be released soon. Candidates are advised to only keep a track with the official website as any information regarding the NTPC recruitment will be uploaded online only.