A police spokesman confirmed that former UP minister Chaudhary Bashir has been booked under Section 3 of the Protection of Rights on Muslim Women's Marriage Act, 2019 and Section 504 of the IPC. 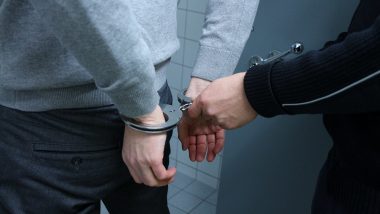 Uttar Pradesh, August 2: Former Uttar Pradesh minister, Chaudhary Bashir, has been booked by his wife Nagma for preparing to marry for the sixth time.

A police spokesman confirmed that a case has been registered at Mantola police station in Agra and Chaudhary Bashir has been booked under Section 3 of the Protection of Rights on Muslim Women's Marriage Act, 2019 and Section 504 of the IPC.

According to Nagma, she learnt on July 23 that Chaudhary was going to get married for the sixth time to a girl named Shaista.

Nagma Chaudhary approached Bashir and he not only assaulted her but also divorced her with triple talaq and threw her out of the house.

Nagma is the third wife of the former minister to file a case against him. Nagma told reporters that she got married to Bashir in November 2012. Nagma and Chaudhary Bashir have two sons.

She alleged that her husband and sister-in-law had been physically and mentally harassing her since marriage. Nagma finally resorted to legal action and the case is pending in court.

Nagma has also posted a video on the social media, requesting help from the police.

Chaudhary Bashir was a minister in the Mayawati government but later switched over to the Samajwadi Party. However, he left SP later and his present status in politics is not known.

(The above story first appeared on LatestLY on Aug 02, 2021 04:40 PM IST. For more news and updates on politics, world, sports, entertainment and lifestyle, log on to our website latestly.com).

Comments
Tags:
Chaudhary Bashir Former UP Minister Booked Samajwadi Party UP Minister to Marry for the 6th Time
Comments
You might also like