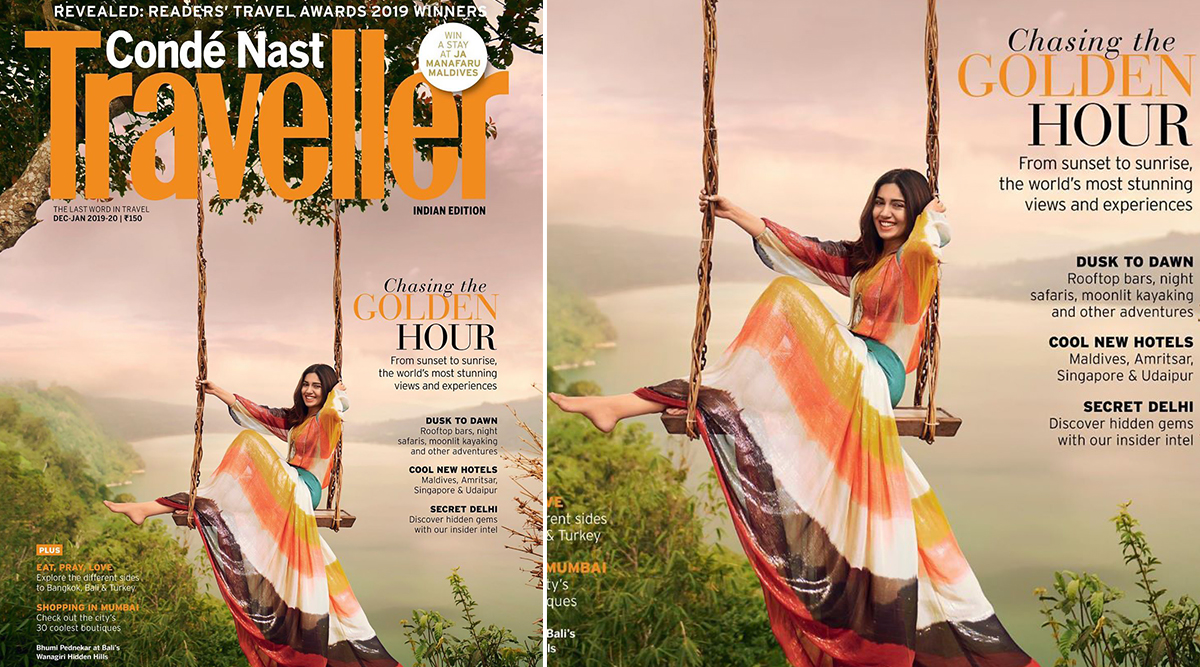 She is a quintessential outsider who gives off those cutesy girl-next-door vibes. But storming the scene with her unconventional roles and a striking screen presence, Bhumi Pednekar is a delight. She had us applauding for her with the role of a maid that had no dialogues and with the actress emoting through her eyes and expressions in the feted film, Netflix’s Lust Stories. It’s quite evident that Bhumi refuses to be typecast into the regular off-the mill grind of glamorous roles. Off-screen though, she is looked upon as a poster girl for all the curvaceous girls out there. Owning and slaying those unconventional drapes, silhouettes, fabrics, and cuts that flatter her petite frame, Bhumi keeps the buzz going. It's almost the end of the year, and the party is just getting started! As the stunning cover girl for the Traveller magazine, Bhumi takes over the season’s hottest party destination – Bali. Exploring the party destination with a style game to boot, looks like Bhumi sure let her hair down and had a ball!

The photoshoot has been lensed by Marie Baersch, styled by fashion stylist Ekta Rajani with hair and makeup by Elton Fernandez. Here is a closer look at Bhumi.

Bhumi is perched on a swing, wearing a multi-coloured ensemble. Sleek hair, minimal makeup and a bright smile accompany.

On the professional front, Bhumi Pednekar will be seen in Pati, Patni Aur Woh as Vedika Tyagi scheduled for a release on 6th December 2019. The film, a romantic comedy film directed by Mudassar Aziz is a remake of the 1978 film featuring Kartik Aaryan, Bhumi Pednekar and Ananya Panday in the lead roles with Rajesh Sharma and Aparshakti Khurana in the supporting roles.