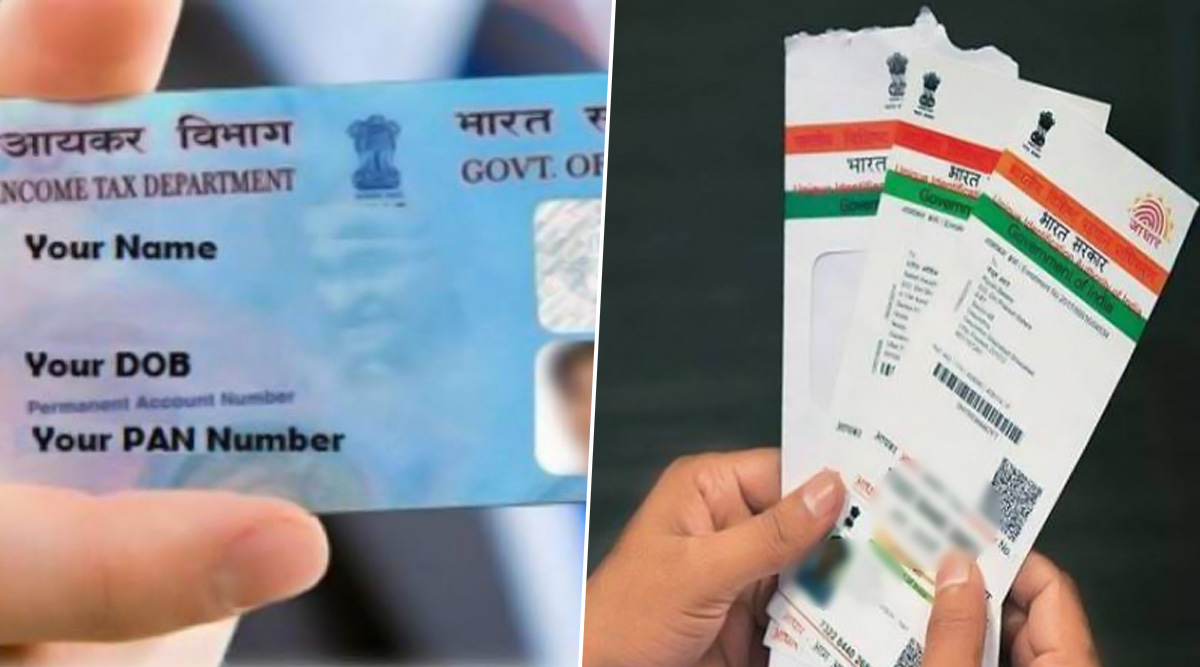 New Delhi, January 24: The Central Board of Direct Taxes (CBDT) has issued a circular making it mandatory to furnish Permanent Account Number (PAN) and Aadhaar before the employer for employees earning more than Rs 2.5 lakh annually. If the employee fails to submit PAN card details or Aadhaar number, the employer can deduct 20 percent or even more than that from their salary as tax. Income Tax Slabs in Budget 2020: Will Nirmala Sitharaman Announce 5 Percent Tax Rate For Income Upto Rs 7 Lakh?

"In case the employer doesn't produce PAN or Aadhaar and the income of the employee computed for TDS is above taxable limit, the employer will calculate the average rate of income-tax based on rates in force," the CBDT circular read. If the tax calculated is below 20 percent, the deduction of tax will be made at the rate of 20 percent. However, if it goes beyond 20 percent, tax is to be deducted at the average rate. Income Tax Department Sends E-Calendar to Taxpayers Ahead of New Financial Year Highlighting Important Dates For Tax-Related Deadlines.

According to the Section 206AA of the Income-Tax (I-T) Act, employees earning more than the income tax exemption limit must furnish PAN and Aadhaar card. In case of violation of the rule, the employer is responsible to make Tax Deducted at Source (TDS) at higher of the following rates:

TDS is a mean of collecting income tax. If the employee faces a 20 percent deduction under Section 206AA of the I-T Act, health and education cess will not be levied.