Karnataka High Court on State Government's Decision To Postpone Local Body Polls 2021: ‘If People Can Go To Pray, Why Can't They Vote’

The High Court has taken up suo motu PIL in this regard to give directions to the Election Commission and state government on the matter. 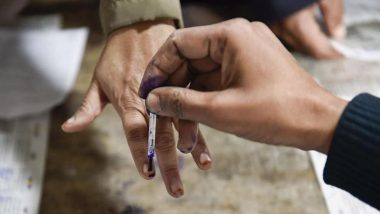 Bengaluru, August 5: The Karnataka High Court bench headed by Chief Justice A.S. Oka has objected to the state government's move to ask the Election Commission to postpone local body polls due to the Covid crisis.

"If people can go to religious places, why can't they go to the voting centres," Chief Justice Oka questioned the state government's decision, on Wednesday.

The bench has directed the government to submit an affidavit with clarification in this regard.

The cabinet decision was taken on May 17 by the state government headed by former chief minister B.S. Yediyurappa. The decision recommended to the Election Commission to conduct long-pending local body elections by the end of December.

The High Court has taken up suo motu PIL in this regard to give directions to the Election Commission and state government on the matter.

"The cabinet decision was made much earlier. Today, things have changed. Covid rules have been relaxed. Religious centres, malls have opened. Then, why government can't conduct elections," the High Court bench questioned.

The government advocate informed the court that the decision was taken against the backdrop of the second Covid wave.

"It is the constitutional obligation of the government to conduct elections within the time frame. Has it been excluded?" the bench questioned.

K.N. Phaneendra, senior advocate who appeared for the Election Commission informed the court that, a meeting to schedule elections to Hubballi-Dharwad, Belagavi, Kalaburgi corporations and Doddaballapur, Tarikere municipalities was held on July 28, but no decision was made.

The High Court observed that the local bodies have completed their term and timely elections should be conducted. The matter was adjourned to August 13.

(The above story first appeared on LatestLY on Aug 05, 2021 12:24 PM IST. For more news and updates on politics, world, sports, entertainment and lifestyle, log on to our website latestly.com).