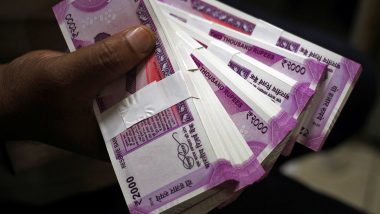 According to reports, hundreds and thousands of government employees have been demanding a hike in the fitment factor. If the cabinet approves the decision then the salaries of the Central government employees will also increase accordingly. 7th Pay Commission: Cabinet Approves Release of Dearness Allowance; 47.68 Lakh Central Govt Employees, 68.62 Lakh Pensioners To Benefit.

How the Fitment Factor will be calculated:

It must be noted that in June 2017, the Union Cabinet approved the recommendations of the 7th Pay Commission with 34 modifications. As per the recommendations of the 7th Pay Commission, the minimum basic pay goes up from Rs 7,000 per month to Rs 18,000. While the pay for the highest level i.e. Secretary, went up from Rs 90,000 to Rs 2.5 lakh. However, for Class 1 officers, the starting salary was Rs 56,100.

Till the government makes an official announcement with regards to the fitment factor, the Central government employees have no choice but to wait for confirmation.

(The above story first appeared on LatestLY on May 23, 2022 06:09 PM IST. For more news and updates on politics, world, sports, entertainment and lifestyle, log on to our website latestly.com).