The police have arrested two youth who tried to sexually assault a 27-year-old Lithuanian woman in Nellore district. 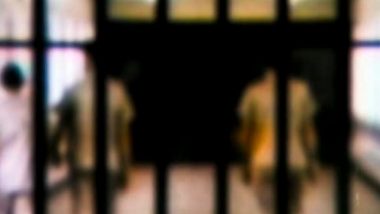 According to police, I. Sai Kumar and Sheikh Abid, aged 26 and 28 respectively, have been arrested and sent to judicial custody. The tourist from the European nation had arrived in India from Sri Lanka on March 7. After reaching Chennai, she was travelling to Bengaluru by bus. During the journey, Sai Kumar helped her by paying the bus fare in Indian currency as she had only dollars with her. Delhi Crime: Man Accused in POCSO Case Held After 3 Years.

He took dollars worth Rs 5,000 from the woman and took her to his village Venkanapalem in Nellore district promising to return the remaining money there.

On reaching the village, Sai Kumar informed his friend Abid about the foreign tourist. They took her around the Sydapuram area on a two-wheeler. The accused later took her to a forest area along Rapuru road, where they tried to molest her. She resisted the attempt and ran onto the road seeking help. Some passers-by helped her reach Sydapuram police station.

Circle inspector Srinivasulu Reddy said they identified the accused with the video recording in the victim's mobile phone and also on the basis of Aadhaar and PAN card which Sai Kumar had given to her before taking the money.

Within four hours of the woman lodging the complaint, police arrested the accused. Both were booked under 354-A and 323 of the Indian Penal Code. A local court sent both the accused to judicial custody.

Meanwhile, leader of opposition and former Chief Minister N. Chandrababu Naidu said he was shocked to learn about the rape attempt on a foreigner woman in Nellore district. It is disgusting to find out that the woman was betrayed on the pretext of offering help, tweeted the Telugu Desam Party (TDP) chief.

He demanded that the perpetrators of the heinous crime be speedily brought to justice and punished.

Naidu said that two such incidents in Nellore district, that too on International Women's Day lays bare the dangerous conditions prevailing in Andhra Pradesh for women.

He requested the police department to focus on controlling the rising crime against women in the state instead of wasting time to harass opposition leaders and party workers with fake and petty cases.

(The above story first appeared on LatestLY on Mar 09, 2022 02:52 PM IST. For more news and updates on politics, world, sports, entertainment and lifestyle, log on to our website latestly.com).