A division bench of Chief Justice Vikram Nath and Justice Bhargav D. Karia, which had held a hearing on the Covid situation with Advocate General Kamal Trivedi appearing on behalf of the state government, was dissatisfied with the "rosy picture" painted by the government as the prevailing situation was opposite its claims. 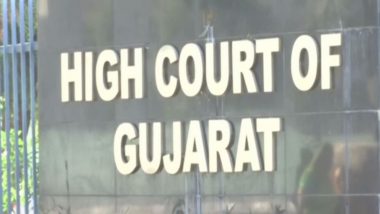 Gandhinagar, April 16: The Gujarat High Court, in its order on the suo moto PIL it filed regarding the current upsurge in the Covid situation, has asked the state government to reach to the public in an honest and transparent manner so as to tackle the crisis the state is facing. A division bench of Chief Justice Vikram Nath and Justice Bhargav D. Karia, which had held a hearing on the Covid situation with Advocate General Kamal Trivedi appearing on behalf of the state government, was dissatisfied with the "rosy picture" painted by the government as the prevailing situation was opposite its claims.

The high court, in its order, ordered the state government to increase the existing RT-PCR testing facilities and ensure the reduction of time to get the reports. It also ordered that accurate reporting of the RT-PCR results to be made public. "The state should not feel shy of publishing the correct data."  Ahmedabad: Burial Space Shrinking in Cemeteries, Catholic and Parsi Leaders Recommend Cremation of COVID-19 Victims.

Regarding the public perception about Remdesivir injections being a miracle drug and Trivedi's explanation that the drug was over-prescribed, the court ordered that Remdesivir's administration and its dependency should be explained and communicated to the public through various print, electronic and social media so that the deficit and misuse by black marketeers stop.

The government was also told to report to the court about the status of availability of oxygen in the state with regards to the demand. The court order also advised the state government to make efforts to find out the actual number of Covid cases so as to remove the general perception in the public that state-provided data was not accurate.

"The state should come up publicly in a transparent and fair manner with regards to availability and modalities of the required amenities, medical and related infrastructure for treatment of the patients, who require facilities of Covid-19 hospitalisation, with oxygen, ventilators, medicines etc.

"In order to achieve the objectives of removing the public perception and restoring the faith, the state needs to have honest and transparent dialogue with the public which should be communicated with all, through print, electronic and social media," it added.

"The state has nothing to gain by hiding the real picture and hence, suppression and concealment of accurate data would generate more serious problems, including fear, loss of trust, panic in the public. Coming out in a transparent and honest manner will also create awareness about the grave situation prevailing in the current times, to persuade the public to strictly abide by the Standard Operating Protocol regarding Covid."

The court, noting the request from the Indian Medical Association's Gujarat branch wishing to participate, said that it was free to do so as it scheduled the next hearing for April 20.

(The above story first appeared on LatestLY on Apr 16, 2021 09:44 PM IST. For more news and updates on politics, world, sports, entertainment and lifestyle, log on to our website latestly.com).