A 42-year-old Bharatiya Janata Party (BJP) leader was shot dead in the national capital, an official said on Thursday. 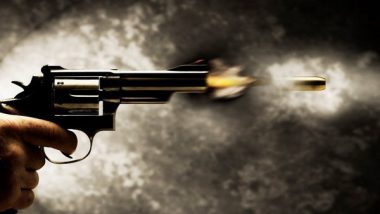 According to the official, the victim was identified as Jitender alias Jitu Choudhary, a resident of Mayur Vihar Phase 3.

When the police reached the spot they found a man lying in a pool of blood in front of his house.

"The victim was having gunshot injuries and the public shifted the injured to a hospital in a private vehicle where he was decided brought dead," the DCP said. Upon inspecting the crime scene, the police recovered a few empty cartridges and other important evidences from the spot.

"Search of eye witnesses and CCTV footage is being made. Legal action is being taken," the official added.

(The above story first appeared on LatestLY on Apr 21, 2022 08:43 AM IST. For more news and updates on politics, world, sports, entertainment and lifestyle, log on to our website latestly.com).