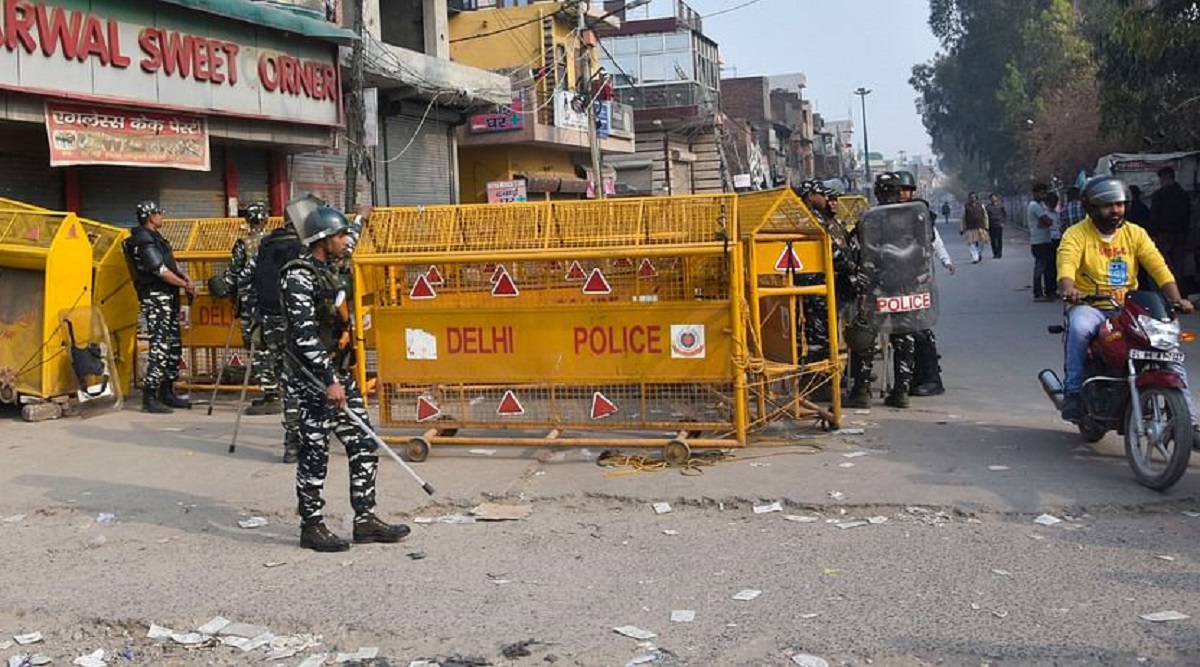 New Delhi, February 25: The death toll in violence which erupted following the clash of pro and anti-CAA protesters in Delhi jumped to 13 on Tuesday. The rise in casualty count was confirmed after one more civilian, who was injured in the clashes, succumbed to the injuries. Over 150 civilians were hurt in the violence since Monday, along with 56 police personnel. Delhi Police Denies Informing MHA of 'Shortage of Forces' That Allegedly Led to Fatal Violence.

Among the deceased include a police personnel, identified as 42-year-old head constable Ratan Lal. The list of fatalities include members of both the Hindu and Muslim communities. In wake of the violence, Chief Minister Arvind Kejriwal and Lieutenant Governor Anil Baijal appealed the citizens to exercise restraint and maintain peace and harmony.

The Delhi Police has also issued repeated appeals calling for calmness to prevail in the city. The police department also warned the locals against falling prey to rumours. Sensitive and unverified pictures and videos, claimed senior police officials, are deliberately shared on social media platforms to instigate violence.

Please dont believe any sensations relating to any incident in your area. Most of them are turning out to be rumours. Authenticate the news before believing and spreading it further.I also appeal to maintain peace and harmony. @DelhiPolice

"Please dont believe any sensations relating to any incident in your area. Most of them are turning out to be rumours. Authenticate the news before believing and spreading it further. I also appeal to maintain peace and harmony," Deputy Commissioner of Police (South-East) in Delhi, Chinmoy Biswal, said.

The clashes erupted on Sunday, when anti-CAA protesters who staged a Shaheen Bagh-like demonstration were challenged by a pro-CAA rally being reportedly taken out by former Delhi MLA and BJP leader Kapil Mishra. In a video tweeted by the firebrand leader from his official Twitter account, he could be heard telling a group that they would take matter into their own hands if the anti-CAA protesters in Jaffrabad and Chand Bagh do not vacate in the next three days.

Mishra, however, changed his tone on Monday after violence gripped all parts of North East Delhi. "I appeal to everyone to stop violence as it will not lead to any solution. Whether it is people who are supporting the CAA or those who are against it, I appeal everyone to maintain peace. Delhi's brotherhood should remain intact," he said.