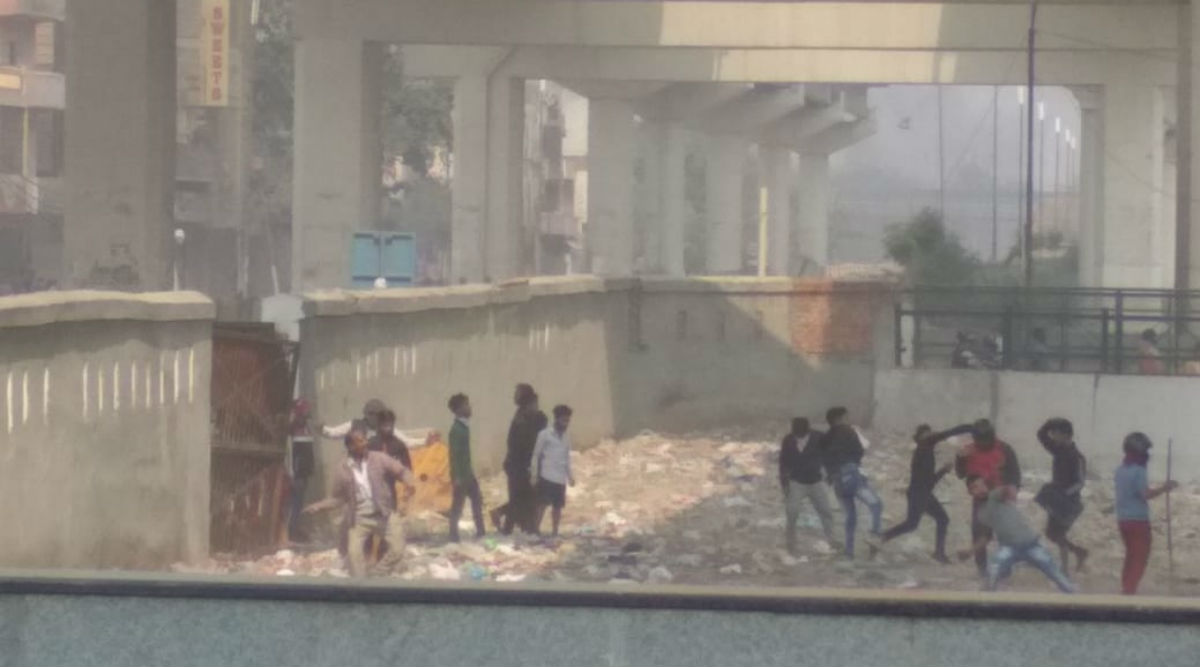 New Delhi, February 25: A number of journalists covering incidents of violence in Delhi's North-East district were attacked by mobs on Tuesday. Two journalists of NDTV and one reporter of CNN-News18 were attacked by in two separate incidents. The journalists were in violence-hit parts of Delhi's North-East district as clashes between the pro and anti-Citizenship Amendment Act (CAA) groups continued. A journalist was reportedly shot at in Maujpur area. Delhi Violence: CM Arvind Kejriwal Appeals to People to Maintain Peace, Says 'Have Been Told People Coming From Outside, Need to Seal Borders'.

Arvind Gunasekar and Saurabh Shukla were assaulted by a mob while covering the violence. Two of my colleagues @arvindgunasekar and @Saurabh_Unmute were badly beaten by a mob just now in Delhi, they only stopped beating them after realising they are “our people- Hindus”. Absolutely despicable," Nidhi Razdan, Executive Editor of NDTV, tweeted. Runjhun Sharma of CNN-News18 was also targetted by a mob. Delhi Violence: Death Toll Rises to 7.

"Let off after @Runjhunsharmas my colleague pleaded to the crowd with folded hands to let them go!" Payal Mehta, special correspondent of CNN-News18, tweeted. A photojournalist of Hindustan Times, in a tweet, said that his mobile phone was snatched and pictures of violence were deleted by rioters. "Some rioters today snatched my phone and deleted all the recently clicked images. I let them have their way. All the images had already been uploaded on Google Photos," Shiv Sunny tweeted.

Tweets About Attacks on Journalist During Delhi Violence:

A journalist has been shot at while covering #DelhiRiots

He was reporting for JK24 from Maujpur in Delhi and has been admitted to GTB hospital.

This is getting way out of hand.

Two of my colleagues @arvindgunasekar and @saurabhshukla_s were badly beaten by a mob just now in Delhi, they only stopped beating them after realising they are “our people- Hindus”. Absolutely despicable.

Two journalist @arvindgunasekar bleeding with a broken tooth and @Saurabh_Unmute beaten up for doing their job!!@Runjhunsharmas pleaded with the crowd to let them go!!!

Some rioters today snatched my phone and deleted all the recently clicked images. I let them have their way. All the images had already been uploaded on Google Photos.

A photojournalist of Times of India was also intimidated when he was clicking pictures during the violence. "Bhai, tu zyada uchhal raha hai. Tu Hindu hai ya Musalman? (Brother, you are acting very smart. Are you a Hindu or a Muslim)" Anindya Chattopadhyay quoted a youth as saying. At least seven people have lost their lives in the violence that broke out a day after Bharatiya Janata Party (BJP) leader Kapil Mishra made provocative remarks in Maujpur.

As arson and stone-pelting continued for the second day, Union Home Minister Amit Shah on Tuesday chaired a high-level meeting with Lieutenant Governor of Delhi Anil Baijal, Chief Minister Arvind Kejriwal and representatives of various political parties, Delhi Police Commissioner and officials of the ministry to review the situation. Violence was reported from Maujpur, Babarpur, Jaffrabad, Gokulpuri and Brijpuri.