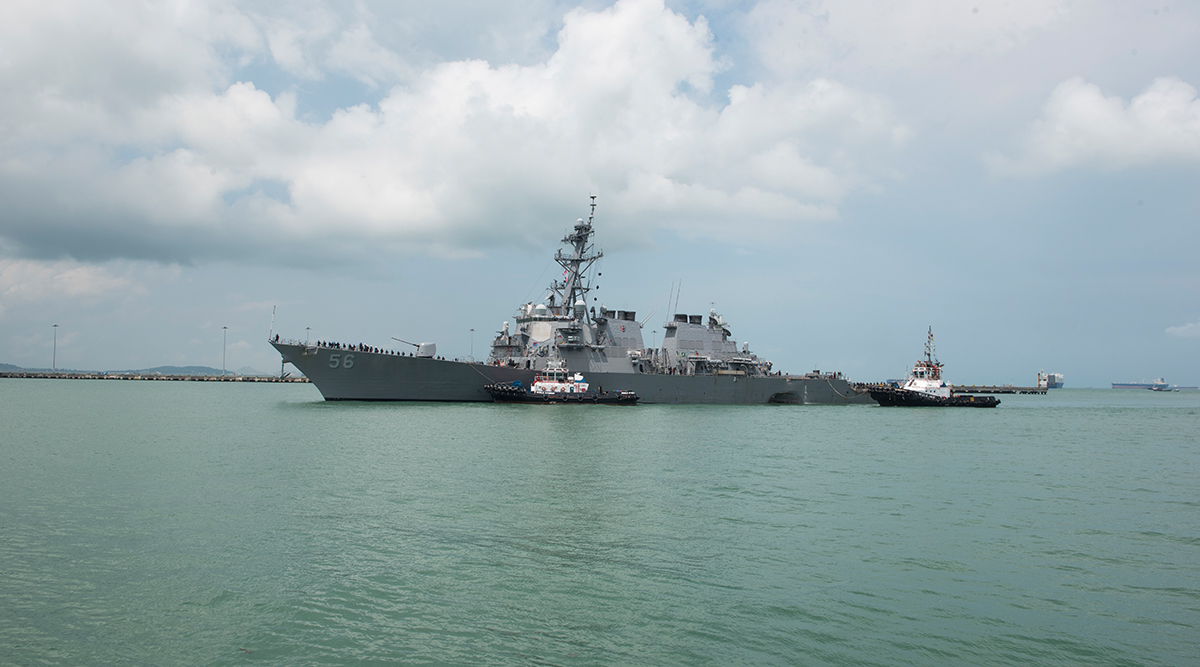 Kandla, February 18: Days ahead of United States President Donald Trump’s visit to India, a suspected material was recovered on a Karachi bound merchant vessel at Kandla port in Gujarat on Tuesday. Scientists of Defence Research and Development Organisation (DRDO) and customs officials are currently inspecting the material. 'Kem Chho Trump' Replaced With 'Namaste Donald Trump' For US President's 'Howdy, Modi!'-Style Event in Ahmedabad

According to reports, from the shape and dimension of the equipment, it is primarily being suspected to be an autoclave machine which is used in aerospace industry especially to make high-performance composites which can be used for making front section ballistic missiles. The recovery of the suspected material on the merchant vessel raised suspicions of the proliferation of nuclear arms. Donald Trump Looks Forward to India Visit, Tweets He Is 'Number 1' And PM Narendra Modi 'Number 2' on Facebook.

The cargo of a Karachi-bound ship detained at Kandla port in Gujarat's Kutch district a week back was offloaded on Monday. The Karachi-bound ship bearing Hong Kong flag was detained after some suspicious cargo was found onboard. The cargo has been kept in godown number 13. The vessel has Chinese crew members and was headed to Karachi in Pakistan from China. Gujarat Preps for Donald Trump: AMC Asks Ahmedabad Slum-Dwellers to Vacate, Says Order Not Linked to US President Visit.

Reports also surfaced that a local fisherman allegedly recovered a satellite phone on an island near Kandla port. The police have launched a probe into the recovery of the Inmarsat satellite phone, which was found on Paparva Island, superintendent of police (Kutch-East) Parikshita Rathod said.

Trump will India from February 24-26. He will be accompanied by US first lady Melania Trump. During his two-day visit, the US President is scheduled to hold an event in Ahmedabad – “Namaste Trump”. He will also visit New Delhi and Agra.