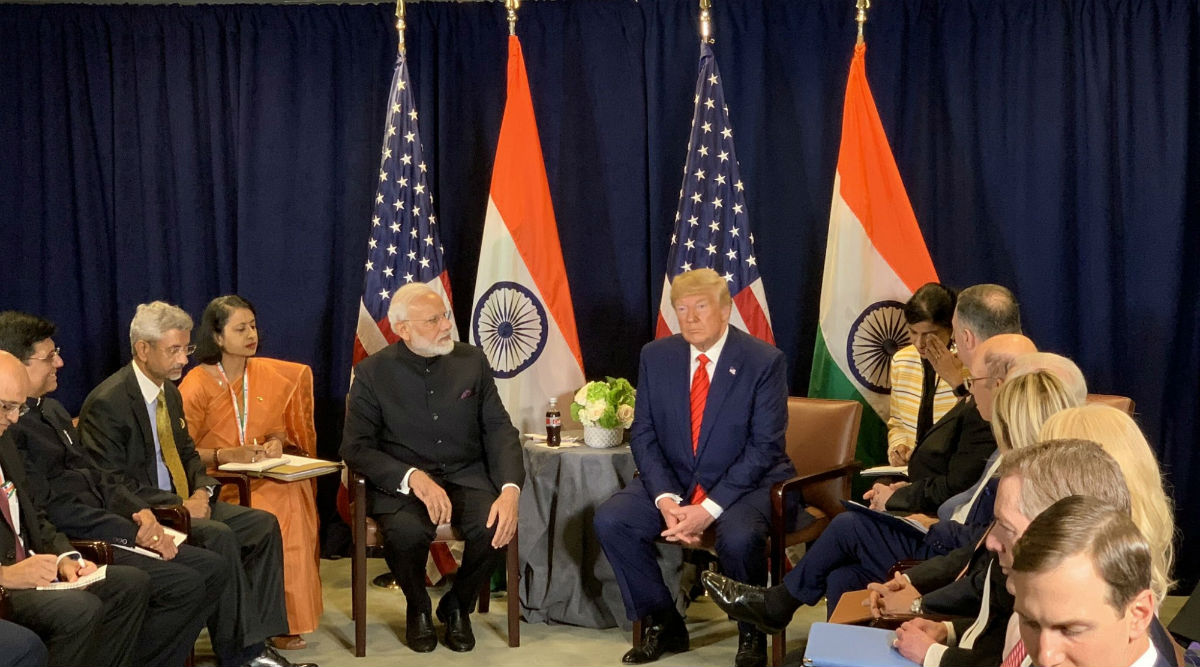 New Delhi/Washington, February 15: US President Donald Trump on Saturday tweeted that he is looking forward to visiting India to meet with Prime Minister Narendra Modi. In his tweet, Donald Trump cited Facebook CEO Mark Zuckerberg and said he is "number 1" on the social networking site and PM Narendra Modi is "number 2". Trump and US First Lady Melania Trump will arrive in India on February 24 for a two-day trip. 'Extremely Delighted': PM Narendra Modi Assures Memorable Welcome for US President Donald Trump and First Lady Melania Trump in India.

"Great honor, I think?  Mark Zuckerberg recently stated that "Donald J. Trump is Number 1 on Facebook. Number 2 is Prime Minister Modi of India." Actually, I am going to India in two weeks. Looking forward to it! (sic)" President Trump tweeted. Earlier, Melania Trump thanked PM Modi for the invitation and said that the first couple was excited to visit India. She was responding to Prime Minister Modi's tweet which described their visit as a "very special one". Donald Trump Looks Forward to His India Trip, Calls PM Narendra Modi 'Great Gentleman & His Friend'.

Great honor, I think? Mark Zuckerberg recently stated that “Donald J. Trump is Number 1 on Facebook. Number 2 is Prime Minister Modi of India.” Actually, I am going to India in two weeks. Looking forward to it!

"Looking forward to visiting Ahmedabad and New Delhi later this month. POTUS and I are excited for the trip and to celebrate the close ties between the USA and India (sic)," the first lady tweeted. Since this is Donald Trump's first visit to India as US President, New Delhi is planning several things to "accord a memorable welcome". The government is organizing 'Kem Chho, Trump', the Gujarati equivalent of the Texas event 'Howdy Modi' in Ahmedabad.

President Trump and Modi are scheduled to do a roadshow from the Ahmedabad airport and visit Sabarmati Ashram to pay tribute to Mahatma Gandhi. Later, President Trump will inaugurate Ahmedabad's newly-constructed Sardar Patel Stadium with a seating capacity of over 100,000 people. The welcome 'Kem Chho, Trump' to the US President will be accorded at the stadium.

During a phone call over the last weekend, Trump and Modi agreed "the trip will further strengthen the US-India strategic partnership and highlight the strong and enduring bonds between the American and Indian people".