Many of us know David Imonitie as a multi-faced powerhouse when it comes to business. Someone who is well known not only for his own financial success but his ability to lead others to the top, as well as that bright smile his social media is covered in. 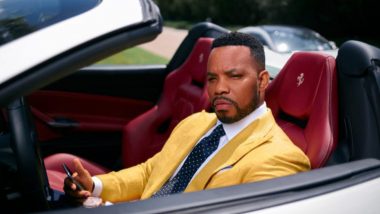 Many of us know David Imonitie as a multi-faced powerhouse when it comes to business. Someone who is well known not only for his own financial success but his ability to lead others to the top, as well as that bright smile his social media is covered in. However, life hasn’t always been as glam as it may look for David. We delve down into how the serial entrepreneur was able to pull himself out of the darkest place of his life to now being a household name within the business world.

Where it all started

Young David had no strong financial background when he first moved to the States from Nigeria, at the age of 10. He struggled to fit in at school due to his differences until he found sport, something he excelled at compared to most of his peers. He went on to secure a respected tennis scholarship at Shaw University, however ultimately decided to drop out, to provide for his children, which he had at a young age.

David took on any work he could to provide for his family. However, after some months he realized that certain jobs, although they may seem lucrative at first glance, are merely enough just to keep your petty cash going. He knew that to live an extraordinary life, he had to take extraordinary actions. With that in mind, he began the journey of becoming an entrepreneur.

He started within the insurance and travel industry, setting up meetings across the country. With not enough funds to afford a hotel, David often slept in his car. He remembers the times when his car would break down on the highway, as he didn’t have enough money for gas. Not seeing any success within the field and living in that condition, you could imagine the pain he felt during those dark times. However, David knew that he had no alternative to fall back on, so he continued his entrepreneurship journey, transitioning into the coffee sector. This is where David stuck a goldmine and ultimately made his first million dollars by the age of 27. What a crazy turn of events!

What’s Next For David

Since making that first million, David has only kept pushing forward, not only for himself but for the betterment of others. He has established his own home welfare trust in this regard, iBelieve Foundation. The main activities of the trust are centered around welfare in Africa, providing children with necessities such as clothing and food, something David keeps close to his heart.

David aims to continue flourishing his businesses further through his expertise that he has acquired across his journey. As a coach to many, David has a personal goal of helping an additional 5,000 more individuals achieve a 6 and 7 figure income. He is also optimistic that his real estate portfolio will be worth a billion dollars within the next few years.

David is also a firm believer in manifestation as it is a key ingredient to success even when things don’t go to plan. David’s inner belief in himself and in God really is the core takeaway from his story. During his dark times, David used to visualize the 5-dollar bill he had taped to his bathroom mirror, as 5 million dollars. He had already set the standard and believed in his future way before it even happened. Real proof to all those reading this article, that hard work and belief in yourself does pay off in the end.

Overall, David Imonitie’s story is an inspirational one, but something that is extremely relatable to the majority. We look forward to what David has to come for himself, his team, and his students. To keep up with his journey, make sure you drop him a follow on Instagram.

(The above story first appeared on LatestLY on Dec 01, 2020 09:13 AM IST. For more news and updates on politics, world, sports, entertainment and lifestyle, log on to our website latestly.com).