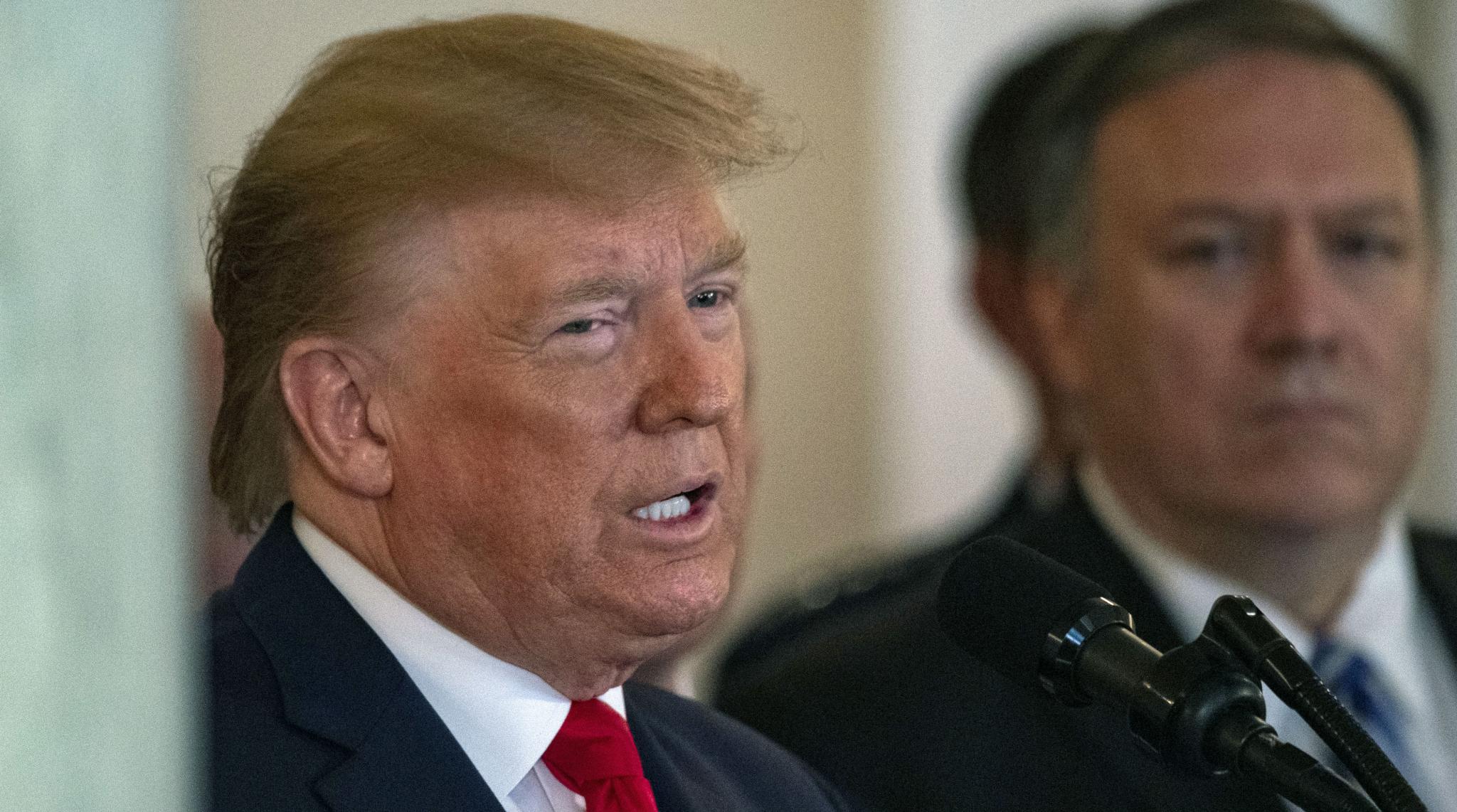 New Delhi, January 23: Ahead of a possible India visit of US President Donald Trump, who again offered to "help" in resolving the Kashmir issue, New Delhi on Thursday categorically ruled out any role for a third party, asserting that any issue between India and Pakistan should be resolved bilaterally.

India's reiteration on the Kashmir issue came after Trump while addressing the media with Pakistan Prime Minister Imran Khan in Davos on Tuesday said that the US was watching the developments relating to Kashmir "very closely" and repeated his offer to "help" resolve the dispute. Donald Trump Offers to Mediate Again in Kashmir Issue if India And Pakistan Agree, Says 'I Trust Imran Khan'.

External Affairs Ministry Spokesperson Raveesh Kumar said if there are any issues between India and Pakistan, they should be resolved bilaterally under the provisions of Simla agreement and the Lahore declaration, and insisted that the onus was on Islamabad to create an atmosphere for talks.

"We have seen President Trump's remarks. Our position on the Kashmir issue has been clear and consistent. Let me once again reiterate that there is no role for any third party in this matter," Kumar said at a media briefing. It was Trump's fourth offer to help in resolving the Kashmir issue since withdrawal of the special status of Jammu and Kashmir and its bifurcation into two union territories in August last by the government, leading to escalation in tensions between India and Pakistan.

"What's going on between Pakistan and India… if we can help, we certainly will be willing to. We have been watching it very closely," Trump said. Trump's comments came ahead of his possible two-day visit to India which is likely to take place between February 24-26.

It is learnt that after Trump's offer to mediate on Kashmir last year, India had conveyed to Washington that it is a bilateral matter with Pakistan and also defended its decisions relating to J-K, saying it was an integral part of India and the issue was strictly internal to the country. Asked about Imran Khan's comments in Davos that there were terror groups left in his country and some terror outfits were operating from Afghanistan, Kumar said India is "hardly surprised" by the content and tone of his remarks.

"They are not only factually inaccurate and contradictory, but also demonstrate a growing sense of frustration," Kumar said. "Pakistan has to realise that the global community has seen through this double standards to play the victim card in their fight against terror on the one hand, and supporting terror groups targeting India and other countries on the other," he said.

Kumar said if Pakistan is serious for a peaceful and normal relationship with India, then the onus is on Pakistan to create a conducive atmosphere for it. "They have to take credible, irreversible and verifiable action against terror groups operating from its soil rather than making misleading and alarmist statements to divert the attention of the international community," said Kumar.