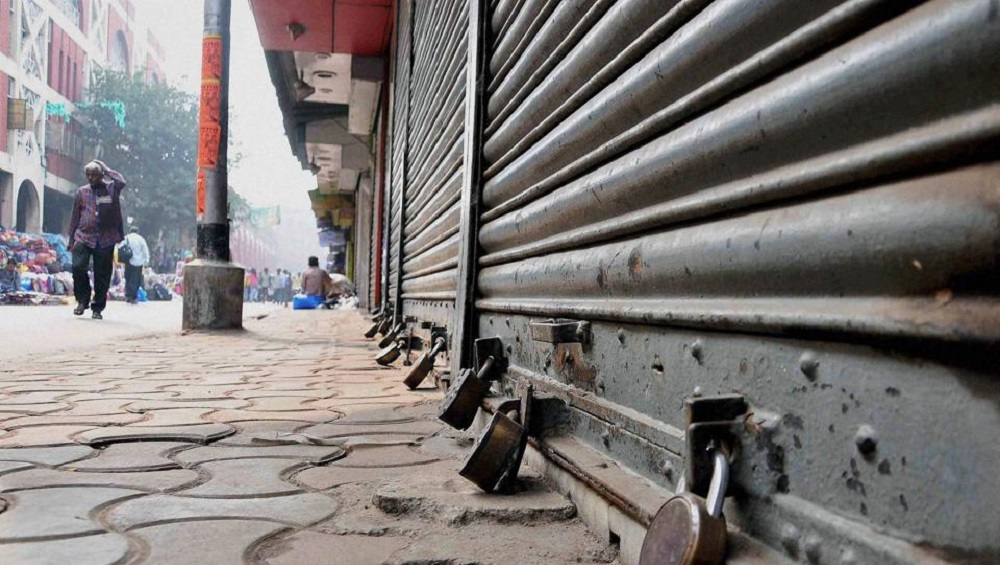 Bengaluru, February 13: Pro-Kannada groups in Karnataka issued a shutdown call for today, February 13, across the state demanding jobs reservation for the indigenous populace in government and private sectors. The bandh was called by Karnataka Sanghatanegala Okkoota, an umbrella group representing several Kannadiga organisations. In view of the stir, scheduled exams were postponed in some parts of the state.

Transport sector was affected to be the worst-affected, as private players including the Uber and Ola Drivers' Association decided to join the agitation. Various transport associations and trade unions - representing an array of auto rickshaw and cab operators - have extended support to the bandh call. Sanjay Raut Arrives in Belgaum Amid Protest by Pro-Kannada Outfits, Says 'Being Taken to Unknown Location by Karnataka Police'.

Unions representing the state-run Karnataka State Road Transport Corporation (KSRTC) buses and the Bangalore Metropolitan Transport Corporation (BMTC) have decided to ply as per their routine schedule. The state government, while stating that is considering the demands raised by the protesters, said it would not allow groups to forcefully prevent the commutation vehicles from operating.

Apart from the transport sector, small and medium scale business and easteries sectors are expected to be affected by the bandh. Several hotels and restaurants' associations in Bengaluru and other parts of Karnataka have decided to comply with the shutdown call to mark their solidarity with the Kannada protesters.

Although official announcement has not been issues, reports claimed that schools and colleges would remain closed in the state on Thursday, as the students may face commutation woes due to the bandh call. "All post-graduate examinations scheduled for tomorrow have been postponed, in the view of Karnataka bandh called by pro-Kannada activists," the Bengaluru University announced on Wednesday.

Notably, the protesters in Karnataka are demanding the implementation of Sarojini Mahishi report, which called upon the state government to provide reservation for Kannada residents in private sector and government jobs. The report was submitted by a panel headed by former Union Minister Sarojini Mahishi in 1984, but it is yet to be implemented even after three decades.