Sanjay Raut Arrives in Belgaum Amid Protest by Pro-Kannada Outfits, Says 'Being Taken to Unknown Location by Karnataka Police' 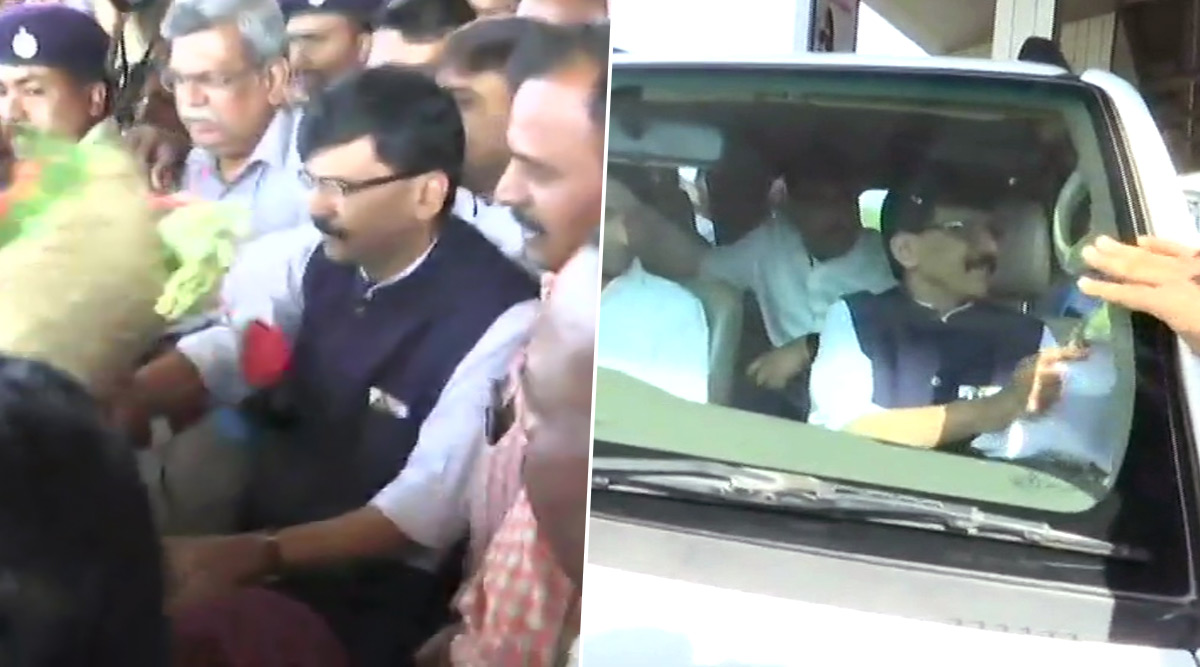 Bengaluru, January 18: Shiv Sena lawmaker Sanjay Raut arrived in Karnataka's Belgaum district on Saturday. Sanjay Raut arrived in Belgaum to attend an event. Police, however, detained him, according to local media reports. "Policemen are escorting me and are taking me to an unknown destination," news agency ANI quoted Raut as saying after his arrival in Belgaum. Belgaum Border Dispute: Effigies of BS Yediyurappa, Uddhav Thackeray Burnt in Kolhapur and Belagavi.

Maharashtra claims Belgaum, also known as Belagavi, that has a majority of Marathi-speaking population, but is a district of Karnataka. Pro-Kannada outfits protested against Raut's visit to the border city. Earlier today, Raut hit out at the Bharatiya Janata Party-led Karnataka government for allegedly barring him from visiting Belgaum district. The Shiv Sena MP was intimated that he has been banned from visiting the district. Savarkar Critics Should Stay at Andaman Jail, Then They Will Realise His Sacrifice: Sanjay Raut.

"Pakistani, Bangladeshi and Rohingyas can enter India but no one from Maharashtra can go to Belgaum. This is wrong. There is a dispute but it should not be so much that restrictions have to be imposed on each other," Raut told reporters. "There is a cultural and literature program there [Belgaum] and I will go there to talk to the people. If the restrictions have been imposed, then let it be," he further said.

Yesterday, Maharashtra Minister Rajendra Patil Yadravkar was detained by police when he arrived in the city to attend an event. The minister, however, was later let off. Yadravkar, MLA from Shirol in Kolhapur, had gone to Belgaum to pay tribute to the martyrs of the movement for the merger of Marathi speaking villages in Karnataka into Maharashtra. He was allegedly manhandled and stopped from speaking at the martyr's day event.

A gathering is organised every year on this day to honour those who died during the first 'Samyukta Maharashtra Andolan' on January 17, 1956. Last month, Maharashtra Chief Minister Uddhav Thackeray had appointed ministers Eknath Shinde and Chhagan Bhujbal as co-ordinators to oversee his government's efforts to expedite the matter related to the boundary dispute with Karnataka.