Milad JT, Young Musician and Entrepreneur Is All Set to Invest in Music Festivals in 2021 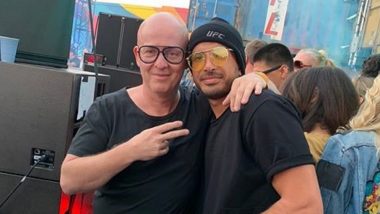 Not all entrepreneurs are great musicians until you are Milad JT. However, the musician who goes by the name Seyed Milad Torabi is one of the youngest influential personalities who has swooned everyone with his musical skills. He is a musician, influencer, and entrepreneur and has brought the best out of himself.

He recently announced his full new techno album ‘Game On’ which will be released by Summer 2020. Milad says that the meaning behind the title ‘Game On’ indicates that it is his time to enter the stage now after helping others with producing music.

He had released the latest track ‘People’ from his album that was a huge hit among everyone. Milad is a native of Rafsanjan, Iran. The multi-talented artist and businessman have over the years built powerful connections in the music industry.

The young guy who was cavorting with Persian movie stars and footballers chose his own path and became a pro in the music world. After becoming a master in techno, he started producing electro music and immersed himself in the culture. It was in 2012 he produced tracks for the most renowned singers of Iran after which he produced tracks under his name as well.

With music, he even embraced his entrepreneurial journey at a very young age. Milad invested in festivals and events which pushed him to host events including festivals in Ibiza and Tulum. Combining his musical skills to his business acumen, Milad ran fast towards his dreams which the newcomers can only dream of.

Apart from this, the year 2021 is already going to be a big year in Milad’s career. He plans to perform at various festivals in Europe and the United States of America, leading up to the release of his debut full-length record. He is making a huge noise with the announcement of his sponsorship in throwing one of the biggest festivals in 2021 in Istanbul, Turkey.