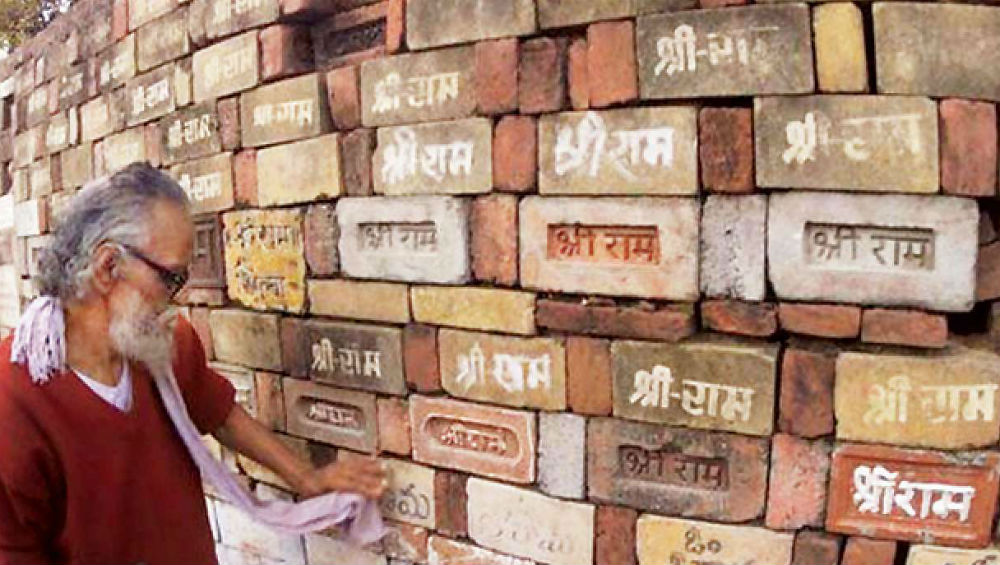 New Delhi, February 20: Members of the Ram Mandir Trust, including its president Nritya Gopal Das, on Thursday called on Prime Minister Narendra Modi at his residence here and invited him to visit Ayodhya for bhoomi pujan. The meeting came a day after the Shri Ram Janmabhoomi Teertha Kshetra, set up recently to oversee the construction of a Ram temple in Ayodhya, met for the first time on Wednesday.

VHP leader Champat Rai, who was elected as the trust's general secretary, was present at the meeting along with treasurer Swami Govind Dev Giri. "We invited the prime minister to visit Ayodhya (for bhoomi pujan)," Das told reporters after the meeting. He said the Prime Minister has told them that he will consider this. Ram Mandir Won't be Narrative For Lok Sabha Elections 2019, Says Rahul Gandhi in First Reaction to Ayodhya Issue.

The date of bhoomi pujan is yet to be decided by the trust and is expected in next few months. Later Rai said the trustees were called by Prime Minister Modi and it was a courtesy meeting. Meanwhile, Vishva Hindu Parishad's international working president Alok Kumar said in the run-up to Ram Navami, 'RamoUtsav' will be celebrated from March 25 till April 8.

During this festival, the VHP workers will reach out to all the 2.75 lakh villages across the country which had contributed for the Ram Janambhoomi movement, Kumar said.

The 15-member trust was constituted by the Modi government, after the Supreme Court's landmark verdict on November 9 in the Ram Janmabhoomi-Babri Masjid case which settled the long-festering religious issue and allowed building of a temple at the disputed site where many Hindus believe Lord Ram was born. Announcement of the formation of the trust was made by Modi in Lok Sabha.