The CMR shopping mall in Hyderabad witnessed the stampede-like situation after women and girls rushed to avail of the Rs 10 sarees. 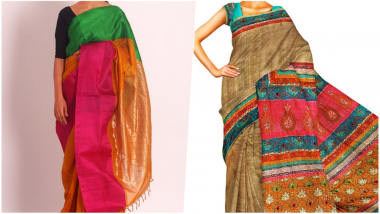 Hyderabad, February 17: A sale for cheaper saree went horribly wrong in Hyderabad. Several people were injured at a shopping mall in Siddipet of Hyderabad city after women arrived in large numbers to buy sarees priced at Rs 10 each, leading to a stampede-like situation. The incident took place on Saturday when the news of the Rs 10 saree offer spread like a wildfire in the city.

The CMR shopping mall in Hyderabad witnessed the stampede-like situation after women and girls rushed to avail of the Rs 10 sarees, news agency ANI reports. According to the police, as word spread about the unbelievably cheap saree offer, the number of customers began to swell creating a stampede.

During the stampede, a woman also reportedly alleged that she lost her 5 tolas of gold chain, Rs 6000 cash, and a debit card. Following the complaint of theft, the police arrived at CMR shopping mall and initiated an investigation into the matter.

(The above story first appeared on LatestLY on Feb 17, 2019 07:52 PM IST. For more news and updates on politics, world, sports, entertainment and lifestyle, log on to our website latestly.com).