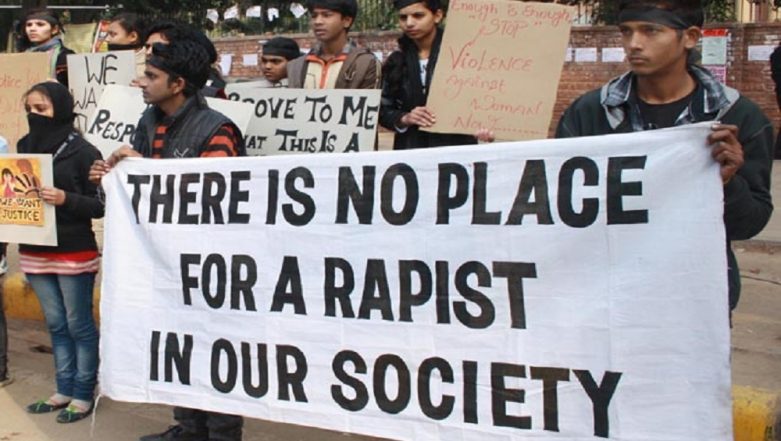 Bareilly, November 4: In a shocking incident, a minor girl who was admitted to an Intensive Care Unit (ICU) of a private hospital in Bareilly was allegedly gang-raped by a hospital staffer and four unidentified men. A Singh, Superintendent of Police (City) said, "Victim narrated her ordeal after she was shifted to the general ward. “ An FIR has been registered in the matter against one of the hospital staff and four other unidentified men who are absconding. The police have started an investigation. Maharashtra Minor Raped And Murdered After She Demands Marriage With Boy, Screwdriver Hammered Into Her Head

As per reports, the girl was admitted to the hospital after she was bitten by a snake and was put on the ventilator in the ICU ward of the hospital, however, later was shifted to the general ward. It was then she informed others about the incident. Singh said that the police immediately reached the spot after learning about the incident. Andhra Pradesh Rape Shame: Minor Raped by 50-Year-Old Man in Guntur, Angry Villagers Demand Accused to be Hanged or Shot Dead!

In a similar incident last month, a minor girl was allegedly gang-raped in a village under Rudrapur police station area in Uttar Pradesh’s Deoria district. She was raped by four minor boys of the village on, Deoria Police Superintendent N Kolanchi said. An FIR has been lodged in connection with the incident. The victim has been sent for medical examination.