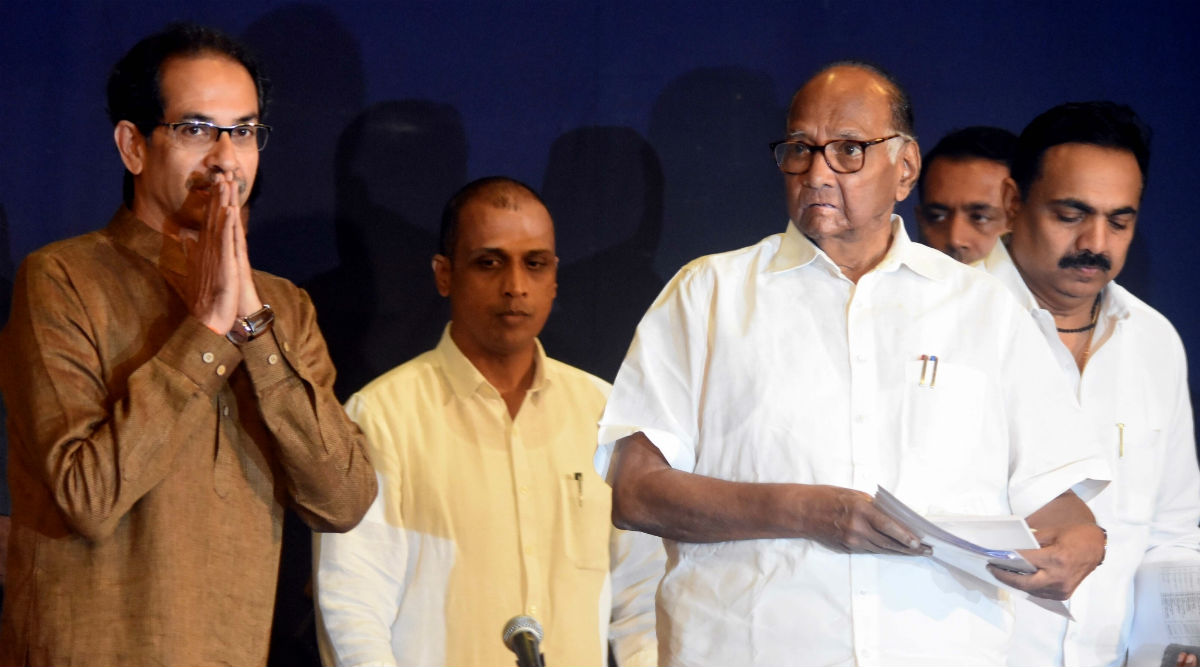 Mumbai, February 18: The ruling Maha Vikas Aghadi coalition of Maharashtra is divided over the issue of Citizenship Amendment Act (CAA) and the National Population Register (NPR). Chief Minister Uddhav Thackeray on Tuesday said he is supportive of both the CAA law as well as the pre-census exercise, adding that they are not related to the contentious National Register of Citizenship (NRC). Centre Will Stand by CAA Despite All Pressure: PM Modi.

Thackeray's statement was in direct contradiction to the stand adopted by allies - the Congress and the Nationalist Congress Party (NCP). Sharad Pawar, who heads the latter, contended the division of opinion over the citizenship issue among the alliance partners. The 80-year-old, however, claimed that the differences would be resolved and the Shiv Sena would rejig its approach.

"We will convice the Sena," Pawar told reporters, as the CAA-NPR-NRC row emerged as the biggest dividing factor so far for the nascent ruling alliance in Maharashtra. The differences emerged a couple of days after the Chief Minister's Office reportedly issued a no-objection for the takeover of Bhima Koregaon probe by the National Investigation Agency (NIA), despite apprehensions raised by the allies.

Maharashtra CM #UddhavThackeray clarifies that his government has no issues in implementing National Population Register, #NPR, as it a part of census. pic.twitter.com/ktNV0SP8RD

Thackeray, while addressing the press in Sindhudurg earlier today, said he has no objection towards the implementation of CAA in the state as the law will not affect the minorities. On the NPR updation process, his government has not decided to put a stay. "The NPR is related to census. It is carried out periodically at every 10 years," he added.

The Maharashtra CM further claimed that the NPR should not be linked with the NRC. The citizenship verification exercise is not being conducted in Maharashtra, nor will it happen in the future. "The NRC will not only affect Hindus and Muslims, but also our Adivasi brethren," Thackeray said.

The CAA, passed by the Indian Parliament in mid-December, mandates the naturalisation of non-Muslim refugees from Pakistan, Afghanistan and Bangladesh. The law, in view of the proposed nationwide NRC, is considered as a ploy to target the citizenship of Indian Muslims. While Prime Minister Narendra Modi has reiterated that there is no discussion so far on nationwide NRC, his remarks were contradicted by the statement issued earlier in the Parliament by Home Minister Amit Shah.