Maharashtra Monsoon Assembly to Be Held in Nagpur Instead of Mumbai From July 4, Governor Vidyasagar Rao Sends Invitation to All The MLAs

As per convention, the monsoon and Budget sessions of the state legislature are held in Mumbai while Nagpur, the second capital of Maharashtra, hosts the winter session in December. 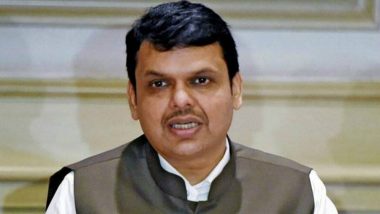 Mumbai, June 1: The Maharashtra state monsoon assembly sessions will be held in Nagpur instead of Mumbai this year. Under his special power, the Governor of the State Vidyasagar Rao has decided to shift the venue to Nagpur on Friday. In an official invitation released from the Raj Bhavan, the sitting MLAs were notified about the assembly meeting, which starts on July 4.  The monsoon session is expected to go on for almost 15 days, while the opposition parties Congress and Nationalist Congress Party (NCP) along with ruling Shiv Sena are expected to corner BJP in the upcoming sessions on various issues like farmers loan waiver and other.

As per the convention, the monsoon and budget sessions of the state legislature are held in Mumbai while Nagpur, the second capital of Maharashtra, hosts the winter session in December. After the assembly sessions started taking place in Nagpur from 1960 onwards, the monsoon assembly meetings have been held there only twice before.

The Sena minister Eknath Shinde opposed the move citing rains as the reason. He was earlier quoted saying: "Entire Mumbai and the metropolitan region was submerged under water during the deluge in July 2005. The government and ministers must be available in Mumbai during the monsoon session. We cannot rush from Nagpur if something bad happens in Mumbai or Thane."

Congress also supported Sena stand and slammed CM Devendra Fadnavis for the idea. Congress MLA and Leader of Opposition (LoP) in the state assembly Vikhepatil accused Fadnavis-led BJP government of having ulterior motives to shift the venue to Nagpur. The real reason according to the LoP was to woo the voters in Nagpur since many of them want Vidarbha as a separate state.

Moreover, Fadnavis during his pre-poll promise also claimed to fulfil the demand. Vidarbha is the region where BJP has a strong foothold and is considered one of the bastions of BJP.

However, denying the allegations made by Congress over separate Vidarbha, the state government clarified the reason behind the shift, stating that the government-run guest house in Manora, meant for housing the MLAs during sessions  in South Mumbai,  is undergoing repairs. Therefore, it will create problems for MLAs who travel to Mumbai to attend monsoon sessions. Hence, to avoid the inconvenience the decision has been taken.

Amid this, speculations are also doing rounds that Fadnavis wants to announce a special financial package for Vidarbha regions (Fadnavis' hometown), which may be the real reason behind holding the monsoon sessions in Nagpur. Before the mid-term Lok Sabha and assembly polls, which are likely to take place in December this year, BJP wants to make a big announcement.

(The above story first appeared on LatestLY on Jun 01, 2018 05:39 PM IST. For more news and updates on politics, world, sports, entertainment and lifestyle, log on to our website latestly.com).