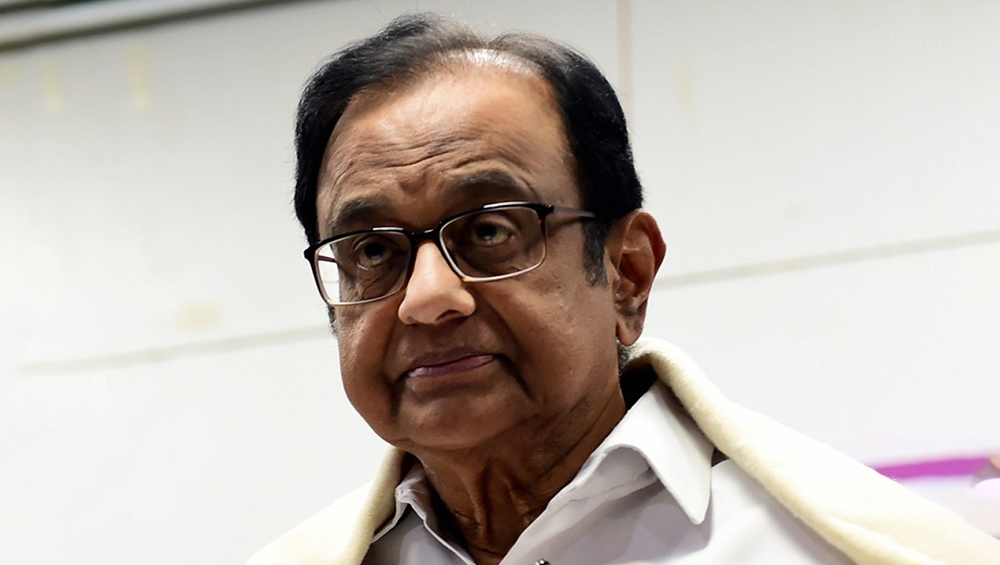 New Delhi, September 13: In another setback for former Finance Minister P Chidambaram, a Delhi Court dismissed his surrender application. Chidambaram had moved an application to surrender before the Enforcement Directorate (ED) in the INX media case. The former union minister is currently lodged in the Tihar jail under judicial custody in the case probed by the Central Bureau of Investigation (CBI). Justice Ajay Kumar Kuhar pronounced the judgment. P Chidambaram Sent to Tihar Jail For 14 Days by Special CBI Court in INX Media Case.

Earlier, Solicitor General Tushar Mehta, appearing for the ED, sought the dismissal of the application saying that the investigative agency did not want Chidambaram’s custody. He had further added that ED officials are “using this time to investigate the matter”. Mehta had told the special judge the ED will arrest the former union minister at an appropriate time. However, Kapil Sibal, Chidambaram’s counsel informed the court that the Congress leader has the right to surrender. P Chidambaram's CBI Custody in INX Media Case Extended by Supreme Court Till September 5.

Chidambaram, was sent to judicial custody till September 19 in the INX Media case by the special CBI court on September 5. The Congress leader is accused of misusing his position as Union Finance Minister in 2007 while facilitating a huge infusion of foreign funds in INX Media at the insistence of his son Karti Chidambaram.

Chidambaram was arrested by the CBI on August 22 in connection with the case. The CBI had registered an FIR on May 15, 2017. Thereafter, the ED lodged a money laundering case against him in the same year.