West Bengal Assembly Elections 1971: Ahead of 2021 Vidhan Sabha Polls, A Look Back at The Polling, Alliances and Results of The Previous Elections 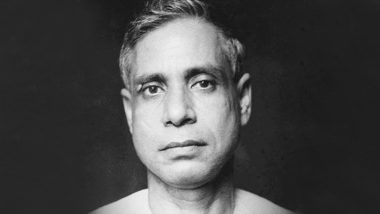 Kolkata, March 9: The West Bengal is gearing up for the elections to form the seventeenth legislative assembly in the state. A fierce war of words and stiff competition between Mamata Banerjee-led TMC and the BJP is on cards. The assembly polls in the state has been largely tumultuous, especially in the decade between 1962 and 1972 when West Bengal was juggling between long-stretched President's rule and short-lived government rule as no political party or coalition was able to secure a clear majority in the legislative assembly ever since the split of Indian National Congress and the United Front.

The 1971 assembly elections in West Bengal were held in the shadow of the General Elections of the same year, wherein the ever strong Indira Gandhi-led Congress saw high degree of internal conflicts, betrayals amid split in the party. Bangla Congress' Ajoy Kumar Mukherjee was tasked to head the Democratic Coalition government in West Bengal after the 1971 polls in the state, marking the formation of its sixth legislative assembly. West Bengal Assembly Elections 1972: Ahead of 2021 Vidhan Sabha Polls, Here’s All You Need To Know About Polling, Alliances and Results of Election Held in 1972.

It was also Mukherjee 's third term as the Bengal Chief Minister which like the previous two terms who short-lived and eventually ended up in dissolving of the assembly and President VV Giri's rule being imposed on the state. The Bangla Congress leader took over the state leadership from President on April 2, 1971 and had to hand it back to President Giri on June 29, 1971, after a hiatus of 87 days. This is his shortest term as the Chief Minister of West Bengal. West Bengal Assembly Elections 1977: A Look Back at The Polling, Alliances and Results of The Election in 1977 Ahead of 2021 Vidhan Sabha Polls.

The West Bengal Assembly Elections 2021 are due to begin later this year. TMC and BJP are leaving no stone unturned to prove their power and dominance in the state. Congress has announced an alliance with the Left Front. The polls will be held in eight phases from March 27 to April 29. Voting will take place on March 27, April 1, April 6, April 10, April 17, April 22, April 26 and April 29. The results of the West Bengal assembly elections 2021 will be declared on May 2

(The above story first appeared on LatestLY on Mar 09, 2021 03:25 PM IST. For more news and updates on politics, world, sports, entertainment and lifestyle, log on to our website latestly.com).