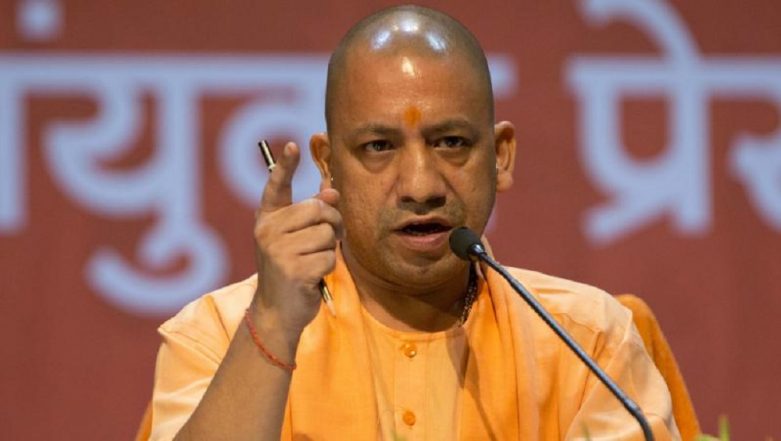 Lucknow, May 15: With electioneering turning fierce in West Bengal, the Bharatiya Janata Party (BJP) has deployed its star campaigner Yogi Adityanath into the fray. The Uttar Pradesh Chief Minister added to the poll heat on Wednesday with his remarks targeting Mamata Banerjee government's alleged appeasement politics. Lok Sabha Elections 2019: BJP vs Mamata Banerjee Contest Turns Ugly, A Lesson on How Not to Fight Polls

Training guns at the Trinamool regime over the Durga Puja-Muharram controversy, Yogi said the incumbent government in West Bengal is preferring the minority over the majority. He claimed that the situation was deliberately mishandled by the TMC in an alleged bid to consolidate its vote bank. Bengal Slugfest: Yogi Adityanath's Kolkata Rally Venue Vandalised, Permission Revoked, Alleges BJP

"In whole country, Durga puja and Muharram fell on same day, in UP officers asked me, should we change timing of puja? I said, timing of the puja won't be changed, if you want to change timing, change the timing of Muharram procession," Yogi told a gathering at Barasat.

Notably, the West Bengal CM had landed in row last year after she postponed immersion of Durga idols for a day as the dates of Muharram procession clashed with visarjan ceremony.

Yogi's tirade against the Trinamool over Durga puja-Muharram controversy was preceded by BJP chief Amit Shah cornering Mamata Banerjee over the slogan of Jai Shri Ram.

"Mamata didi gets angry if someone chants ‘Jai Shri Ram’. I am chanting ‘Jai Shri Ram’ here today, if you (Mamata) have the guts, arrest me. I will be in Kolkata tomorrow," he had said on Monday.

On the following day, Shah's roadshow in Kolkata led to violent clashes with scores of people left injured. Over 100 political workers, of both TMC and BJP, were detained by the police. Among those arrested included Delhi BJP spokesperson Tajinder Singh Bagga.