Anushka Sharma Is Pregnant! And Her Polka Dot Maternity Dress Comes With A Heavy Price Tag

The price of Anushka Sharma polka-dot maternity dress is worth thousands and is not at all cheap. Read on. 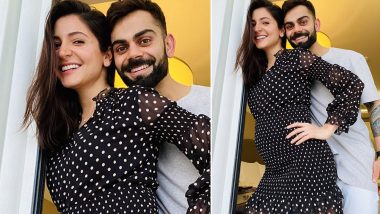 Bollywood diva Anushka Sharma and Indian cricket team captain Virat Kohli are trending right now on Twitter and the reason is obvious. The lovebirds via their social media handles confirmed on August 27, 2020, that they are expecting their first child. The power couple announced the good news by sharing a picture of themselves looking all joyous. However, netizens went berserk with the fact that Anushka's black dress in the photo was similar to that of Hardik Pandya's wife Nataša Stanković's outfit in one of her pic. Just in case you are curious and want to know the price of the polka-dotted dress... wait for it. Anushka Sharma and Natasa Stankovic Wore the Same Black Polka-Dotted Dress During Pregnancy and Internet's Obsessed With It (See Pics).

The 32-year-old actress can be seen flaunting her baby bump in a mini-dress from the house of Nicholas. This one happens to be an LA-based brand. Elaborating on the same, her maternity full-sleeve dress looks delicate with white polka-dots all over it. Another interesting part about the crepe dress is the ruffle details and smocked elastic. But if you think that the mini garment is cheap, no it's not as it comes with an MRP of Rs 44, 000 ($595). Virat Kohli and Anushka Sharma Announce Pregnancy, But Taimur Ali Khan Starts Trending On Twitter – Here’s Why.

And Here's The Price Proof: 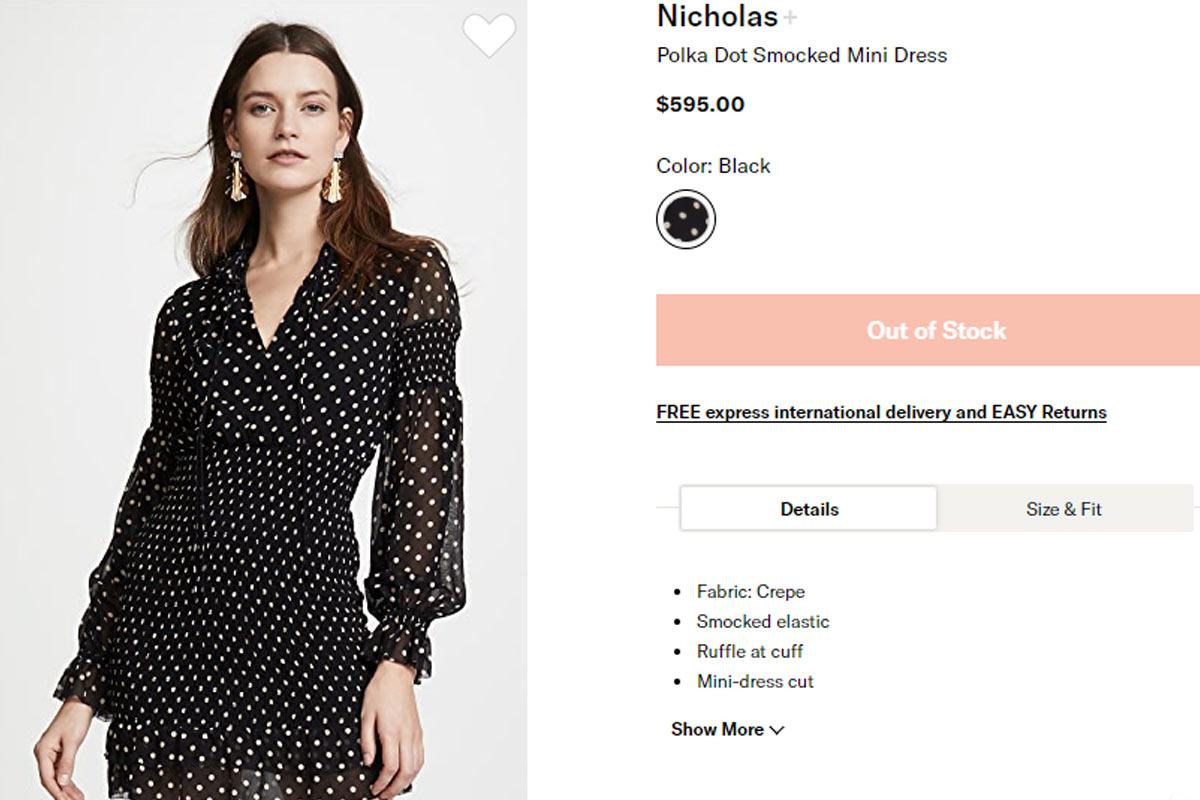 Indeed, for a well-established couple like Virushka splurging 45k is no big deal. But for a middle-class earning person that's quite a costly maternity dress. So just in case you loved Sharma's mini-outfit and wanted to spend moolah and make it yours, we guess, only go for it if you can afford it. Meanwhile, congratulations to the couple. Stay stylish always!

(The above story first appeared on LatestLY on Aug 27, 2020 06:14 PM IST. For more news and updates on politics, world, sports, entertainment and lifestyle, log on to our website latestly.com).