While we are loving its soft hues, we also can't stop rooting for the Roohi actress who has managed to nail these outfits to the hilt 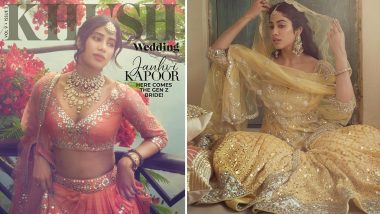 Janhvi Kapoor is the cover girl for Khush magazine's newest edition and boy, does she look radiant in her pictures! The actress has posed for the magazine's anniversary edition and we see her decked up in some amazing Abhinav Mishra designs. While we have a preconceived notion regarding photoshoots being uber-glamorous, sometimes they are all about looking regale. Janhvi's pictures from her new set of clicks belong to the latter category. They are striking, gorgeous, and stunning beyond words. Yo or Hell No? Janhvi Kapoor's Stunning Black Dress by David Koma for Roohi Promotions.

Janhvi looks mesmerising in her new pictures. She's dishing out some traditional fashion goals and we certainly can't stop admiring Mishra's brilliant work. With a bright colour palette and lots of mirror embroidery to go with, he has successfully presented a range that's perfect for millennials brides who hate all the heavy lehengas and are looking out for some lighter options. While we are loving its soft hues, we also can't stop rooting for the Roohi actress who has managed to nail them to the hilt. With a simple concept and even simpler styling, this one stands out for being alluring at the same time. Janhvi Kapoor Birthday Special: We Distinguish Her as Someone Who Believes in Making Exuberant Appearances (View Pics). 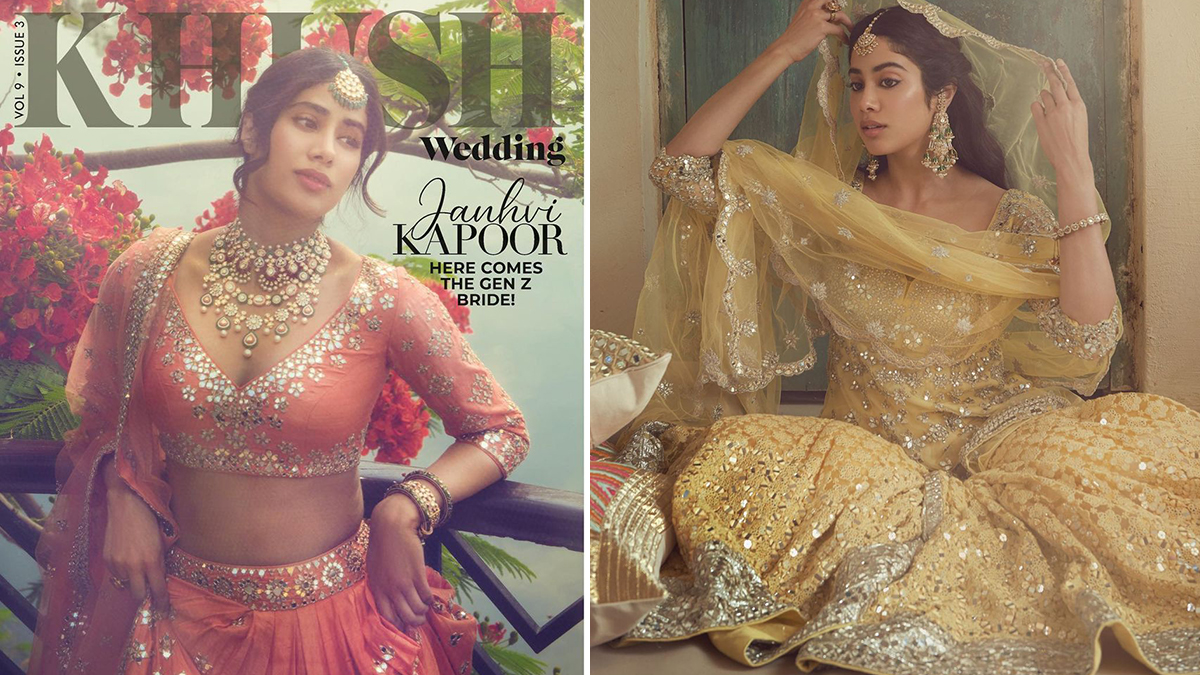 Janhvi was last seen in Roohi, a horror-comedy that received mixed reactions from netizens and critics alike. She'll be next seen in Good Lucky Jerry and Dostana 2. With such amazing projects already in her kitty, we can't wait to see her ruling Bollywood already.

(The above story first appeared on LatestLY on Apr 27, 2021 09:00 AM IST. For more news and updates on politics, world, sports, entertainment and lifestyle, log on to our website latestly.com).