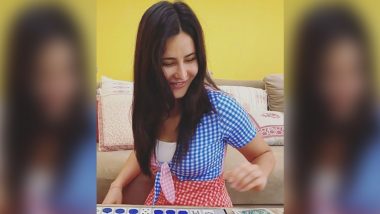 A perennially sartorial stunner that she is, Katrina Kaif has taken to delighting us with every little of her lockdown shenanigans on the gram. The self-confessed recluse made a stunning style statement in the humble and infallible gingham while playing a game of Sequence. While her striking tall and lithe frame and a gorgeous face coupled with a rare wit and charm perfectly in place, Katrina Kaif is one of those few and rare tinsel town divas to have retained an ultra-glamorous and chic fashion game. Easy, lucid and fuss-free styles are usually her go-to as Katrina swears by these vibes in most of her appearances. Minimal makeup and hair game accompanies.

This famed gingham dress by Asos, a 2018 style had left shoppers perplexed with its school uniform mash-up vibe. While some were driven right up to the kindergarten nostalgia, many expressed that the skater dress came across as weird. But Katrina made the sundress work and how! Here's a closer look at her stay-at-home, stay-chic style. Yo or Hell No? Katrina Kaif's Very Own 'Pride' Moment and Her Attempt to Rock All Colourful Look.

An Asos mini skater dress with tie front in colour block gingham worth $24 was teamed with a white bralette, wavy hair and subtle makeup. 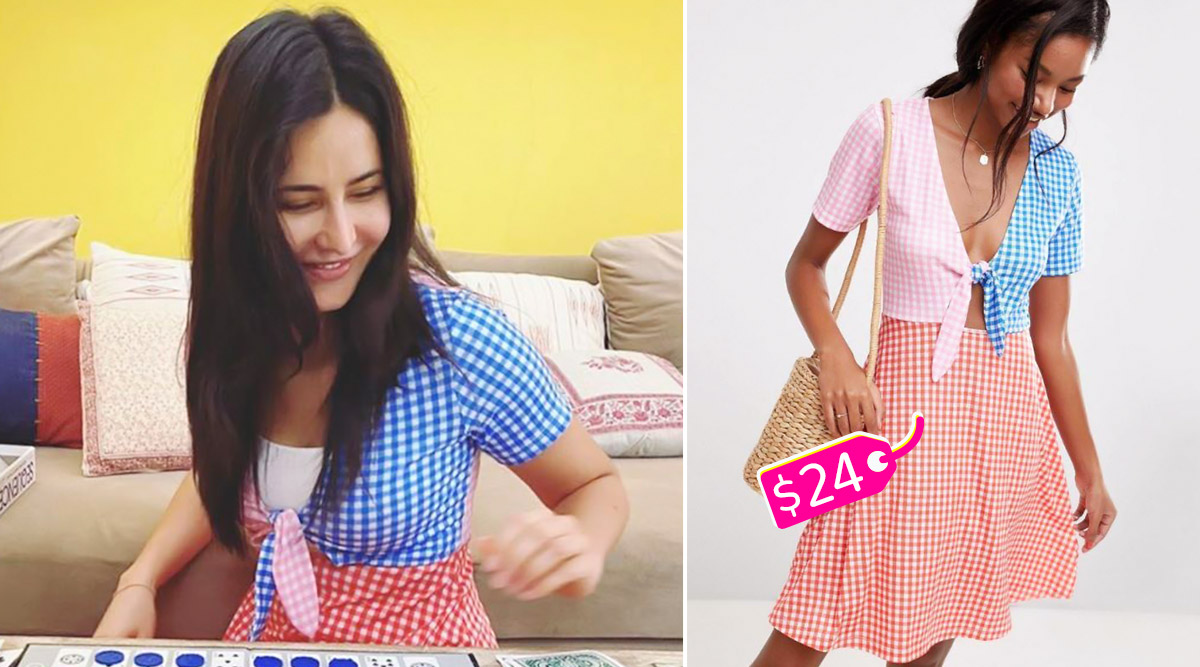 On the professional front Katrina was last seen in Ali Abbas Zafar’s Bharat with Salman Khan. She will be seen in Rohit Shetty’s action film, Sooryavanshi with Akshay Kumar. While Akshay essays the role of DCP Veer Sooryavanshi, the chief of the Anti-Terrorism Squad, Katrina will be seen essaying the role of his wife, Aditi Sooryavanshi. The film will be released on 27th March 2019.

(The above story first appeared on LatestLY on Jul 05, 2020 07:48 PM IST. For more news and updates on politics, world, sports, entertainment and lifestyle, log on to our website latestly.com).