Lily Collins Makes a Rather Fun, Chic and Fabulous Style Statement in Her Bright Orange Pantsuit

After slaying in her all-black, powerful and formal Ralph Lauren look, Lily Collins picked a brighter colour as her next choice. 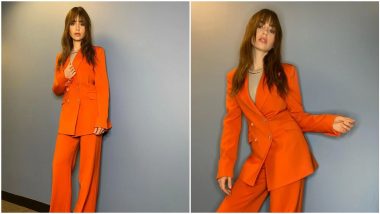 While her reel character of Emily Cooper continues to dish out some stunning fashion goals, Emily Collins's real-life wardrobe is equally fabulous and worth eyeing. The Emily in Paris star is busy receiving some rave reviews for her new Netflix movie, Windfall and while she's basking in its glory, the star is also displaying her prowess when it comes to making stunning appearances. After slaying in her all-black, powerful and formal Ralph Lauren look, Collins picked a brighter colour as her next choice. Lily Collins Birthday: A Perpetual Stunner Whose Sartorial Statements Never Disappoint (View Pics).

Lily was recently clicked slaying in her bright orange pantsuit from the house of Gabriela Hearst. The actress wore it for her appearance on the chat show, Live With Kelly and Ryan. The double-breasted coat was paired with matching wide-bottom leg pants and needless to say, Collins nailed it with her signature aplomb. She accessorised her look with a delicate gold necklace and a few finger rings to go with. While her hairdo was kept simple with beach waves and fringes, her makeup was equally subtle with coral lips, highlighted cheeks and well-defined brows. Fashion Faceoff: Kareena Kapoor Khan or Lily Collins, Whose Pink Giambattista Valli Gown Did You Like More? 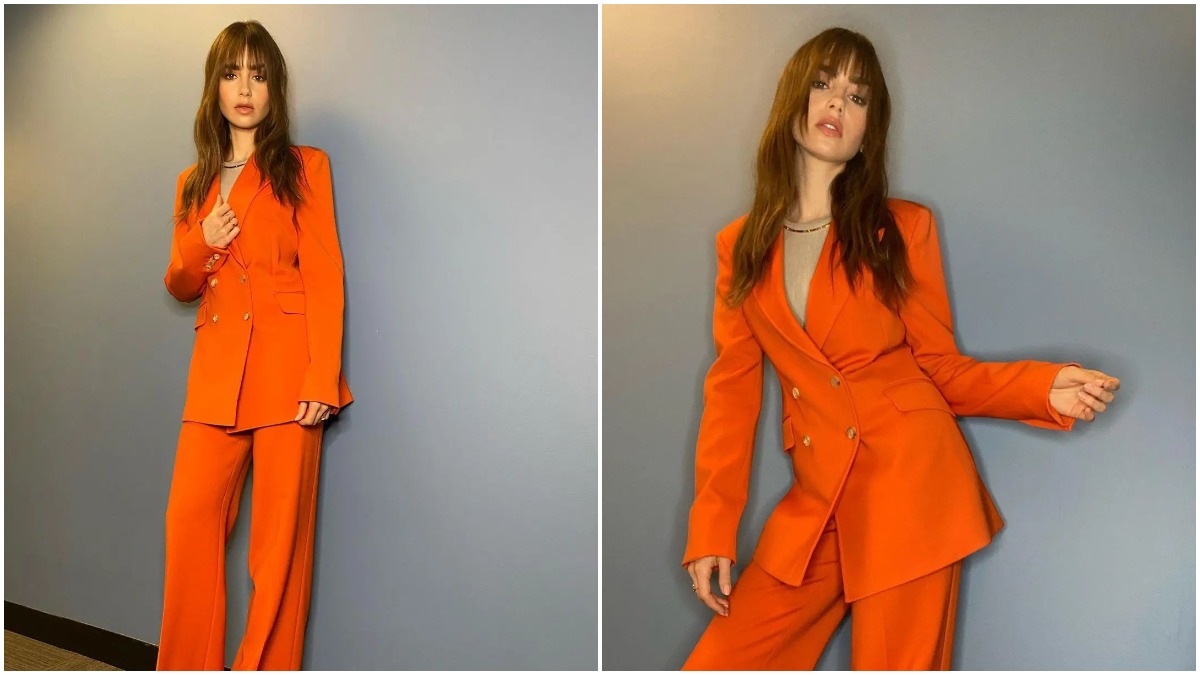 Lily's Emily in Paris received tremendous response from the viewers and the show has already been renewed for its season 3 and season 4. The actress and the show's team are yet to start shooting for it but we can expect the new season to release either by the end of 2022 or early 2023.

(The above story first appeared on LatestLY on Mar 24, 2022 12:56 PM IST. For more news and updates on politics, world, sports, entertainment and lifestyle, log on to our website latestly.com).