Samantha Akkineni accessorised her denim dress by pairing it with white Christian Louboutin pumps and nothing but ear studs. 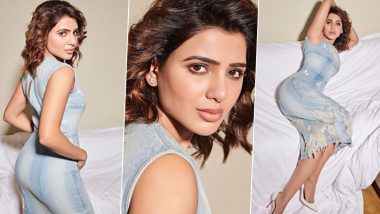 Samantha Akkineni has kickstarted her round of promotions for Manoj Bajpayee starrer, The Famil Man season 2. The actress will play the prime antagonist in the series and is expected to stun her fans with her performance. While its trailer is due in two days, Samantha's already busy with her promotional work and we are already mesmerised after seeing her fashion choices. The actress who probably is among the best-dressed actresses down south leaves no stone unturned when it comes to her sartorial attempts. When Samantha Akkineni Aced High Fashion in a Chrome Orange Dress Worth Rs. 10,500!

Samantha wore a classic washed denim paneled dress with back slit by designer Abhishek Sharma. The ripped and washed out dress is embellished with impressionist embroidery appliqué and bugle bead detailing, as per the details provided by the designer on his Instagram page. Samantha further accessorised her dress by pairing it with white Christian Louboutin pumps and nothing but ear studs. 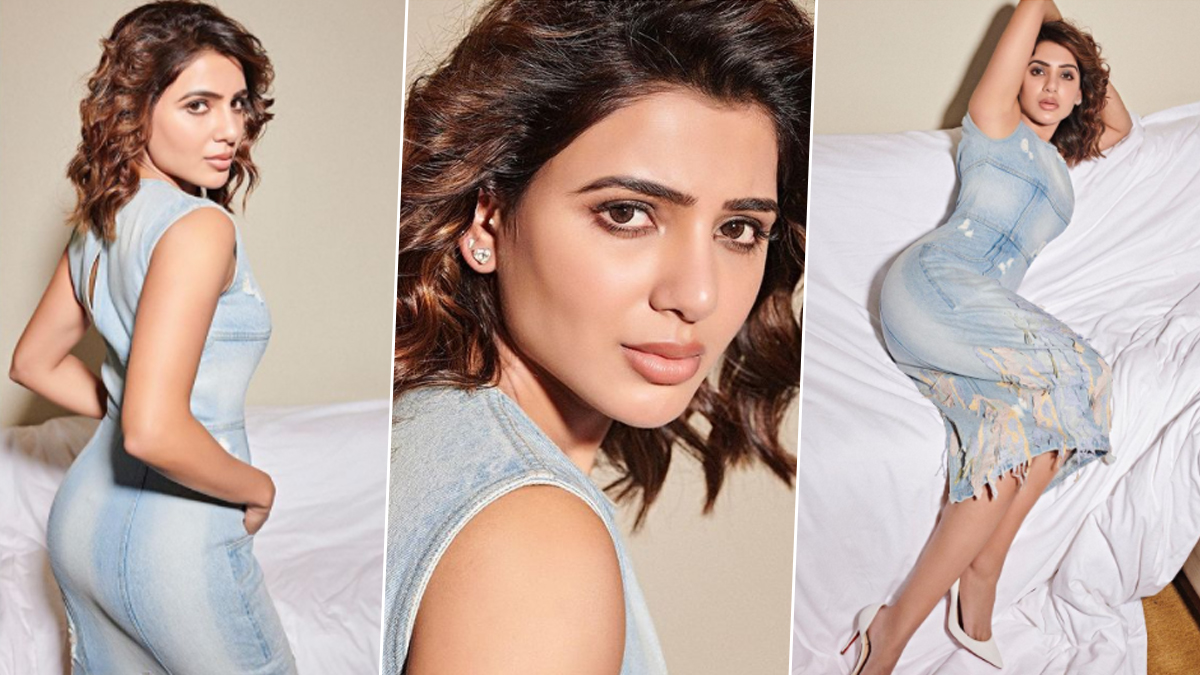 Coming to her makeup, she kept her look extremely simple by picking nude lips, well-defined brows. curled eyelashes and contoured cheeks. Kudos to her brilliant team of stylists who put together a well-defined look, apt for a promotional outing. Samantha Akkineni's Style File for Jaanu Promotions was a Perfect Example of Why Simplicity is the Ultimate Sophistication (View Pics).

Samantha would mark her web and also her Hindi debut with Raj & DK's The Family Man, season 2. The actress, though never keen on venturing into Bollywood was impressed with the script and decided to join the great star cast. The season 2 of this thriller series will premiere in February 2021 and until then, we can expect tons of such amazing appearances from the actress.

(The above story first appeared on LatestLY on Jan 17, 2021 10:11 PM IST. For more news and updates on politics, world, sports, entertainment and lifestyle, log on to our website latestly.com).