Sara Ali Khan Has That Smile, Sparkle and Shine On Mode On! A perpetual stunner that she is, who also delights with her wit and intelligence, off-screen - Sara Ali Khan stepped out recently. She brought along with her a splendid blingy number and a subtle charm in tow. A metallic off-shoulder dress from the home label, Appapop was teamed up with glossy glam and open hair. A three-film old millennial who had a firm landing on the fashion grounds even before her debut in Kedarnath and a quick follow up in Simmba, Sara has, in a short time, experimented and stepped out of her comfort zone, pulling off some zany and eclectic styles. Not a trend hound but a trendsetter, Sara's spunky approach to fashion and all things modish keeps lovers and critics alike engaged. She is equally at ease in classy and chic western ensembles as she is in ethnic ones. She also easily owns unconventional hues, silhouettes, cuts and fabrics.

Metallic bling is not everyone's style. It's easy to enter the tacky territory with this bold style. Here is a closer look at Sara's metallic style interpretation. Sara Ali Khan Gets Dolled Up to Ring In Her 25th Birthday With a Fun Midnight Celebration.

An off-shoulder bandage dress worth Rs.6,999 from Appapop was teamed up with open metallic strappy sandals, pink lips and a high ponytail. Fashion Face-Off: Sara Ali Khan or Shanaya Kapoor? Whose Bewitching Black Sunaina Khera Ensemble Was a Hoot! 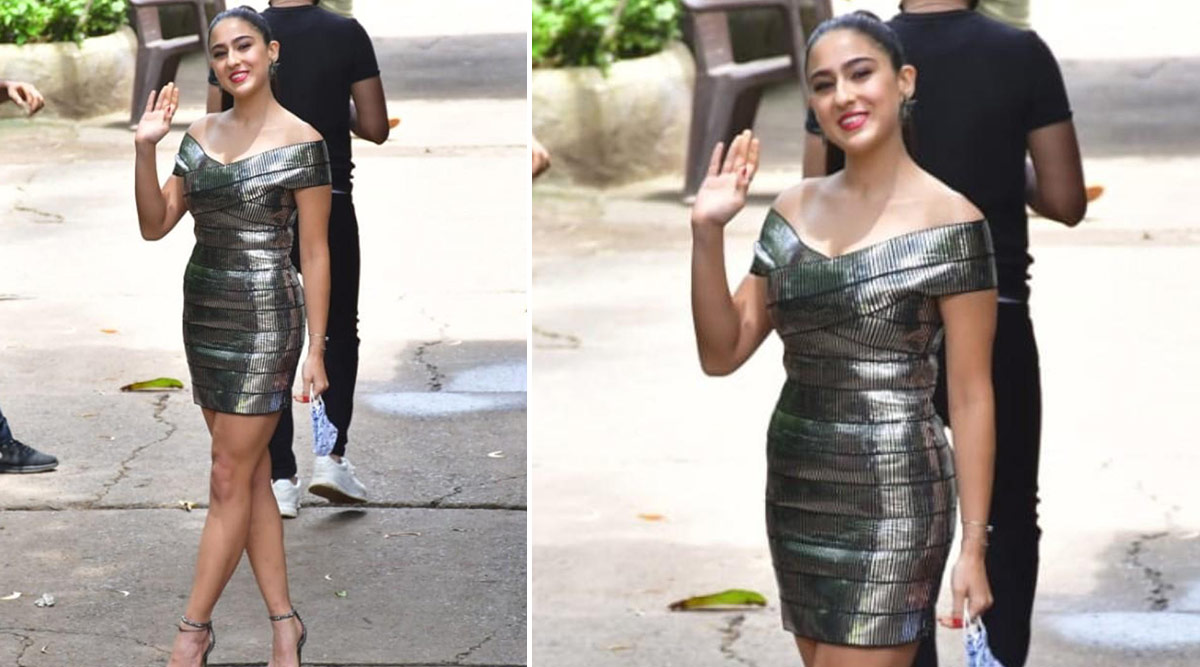 On the professional front, Sara was last seen in Love Aaj Kal, a romantic drama directed by Imtiaz Ali with Kartik Aaryan. Sara will be sharing screen space with Varun Dhawan in the comic caper, Coolie No.1, directed by David Dhawan and produced by Vashu Bhagnani. A remake of the 1995 film of the same name, the film is up for a release on the OTT platform.

(The above story first appeared on LatestLY on Sep 18, 2020 12:00 PM IST. For more news and updates on politics, world, sports, entertainment and lifestyle, log on to our website latestly.com).