Leap Year 2020 Superstitions: Beliefs From Around The World! What To Do On February 29 For Good Luck 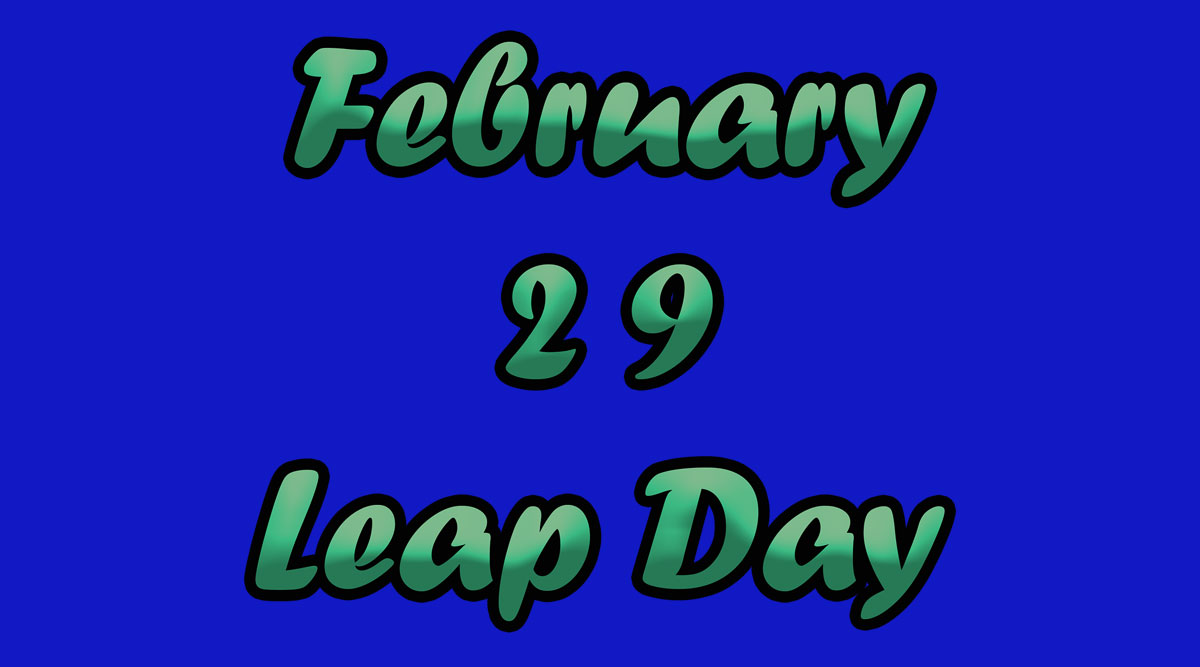 Finally, it is February 29, an extra day we get in every four years. Yes, the year 2020 is a leap year. Well, it may seem like it is just an extra day in the month of February, somehow you know it is special. Leap year comes after every four years and that means people born on February 29 get to celebrate their birthdays only every four years. Apart from that, how's leap year different? Well, people around the world associate leap year with some superstitions and some even believe that this extra day in a year brings in good fortune. But how does that happen? Well, there is no evidence to back that, but leap year is often considered luck in different cultures and it is said that people born on February 29 are luckier. Leap Year 2020: Funny Memes & Jokes On Leap Day To Make February 29, a Day Full Of LOLs For You!

Are there things you could do on leap day to make the next four year super lucky for you? Turns out, there are! Let's take a look at some of the ways February 29 can bring in good luck in your lives. However, we would like to tell you that these are just beliefs and don't necessarily provide favourable results. Have a look! Leap Year 2020 Funny Memes: Enjoy These Jokes Because We've Got An Extra Day to Burst into Laughter.

In Ireland, leap year is considered to be extremely lucky. Feb. 29 is considered to be a day of love and leap year traditions play an important role. It is believed that the day brings good luck and on this day women can propose to the love of their lives. Leap Day is considered to be very lucky and the legend has it, that in the fifth century Saint Brigid of Kildare allegedly proposed to Saint Patrick. He was also convinced him to allow women to propose to their timid male suitors once every four years. The Irish still consider Leap Day lucky. The tradition still sees women proposing their partners on Feb. 29.

On this day, people are encouraged to do good deeds like donating and offering services to the poor and needy. Especially for people who have birthdays on leap year, they are considered to be blessed.