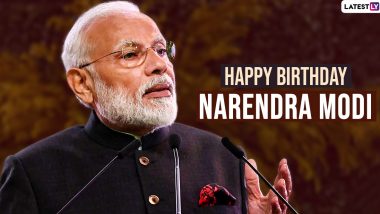 Narendra Modi was born on September 17, 1950, to a Gujarati Hindu family in Mehsana district, Bombay State which is present-day Gujarat. He is the 14th and current Prime Minister of India since 2014. Modi was inspired by Swami Vivekananda and went to Ramakrishna Mission ashram to take sanyasi and become a monk. But later he was led by Swami Atmasthananda to follow his potential.  He was the Chief Minister of Gujarat from 2001 to 2014 and is the Member of Parliament for Varanasi. Being one of the successful leaders in the world, he is known to world leaders today.  As Narendra Modi turns 70, we bring to you HD Images and wallpapers to wish the PM on the occasion. You can also share these 'Happy Birthday Narendra Modi' wishes on social media too. Narendra Modi Birthday Wishes, Quotes & Images: Wish PM With Greetings, GIFs, Photos and Facebook Messages on as He Turns 70.

In 1972, he joined Rashtriya Swayamsewak Sangh. He joined the BJP as the organization secretary of Gujarat Unit in February 1987 and became the National General Secretary (Organisation) in the year 1998. In October 2001, then Prime Minister Atal Bihari Vajpayee appointed Narendra Modi as the Chief Minister of Gujarat. He became the first Indian prime minister to visit Israel. Modi completed a three-day visit to Tel Aviv and gave fresh impetus to 25 years of diplomatic relations between India and Israel. On his birthday, here are wishes to send the PM on social media. Narendra Modi Birthday on September 17: BJP to Observe 'Seva Saptah' From September 14-20 to Celebrate Prime Minister's Birthday. 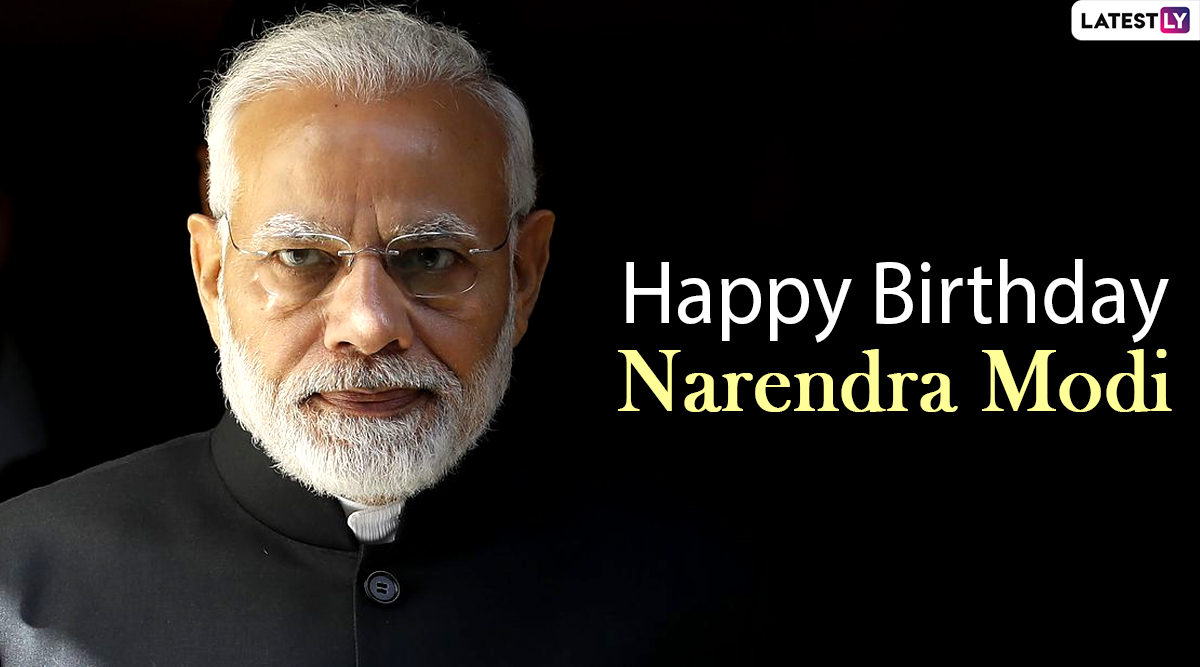 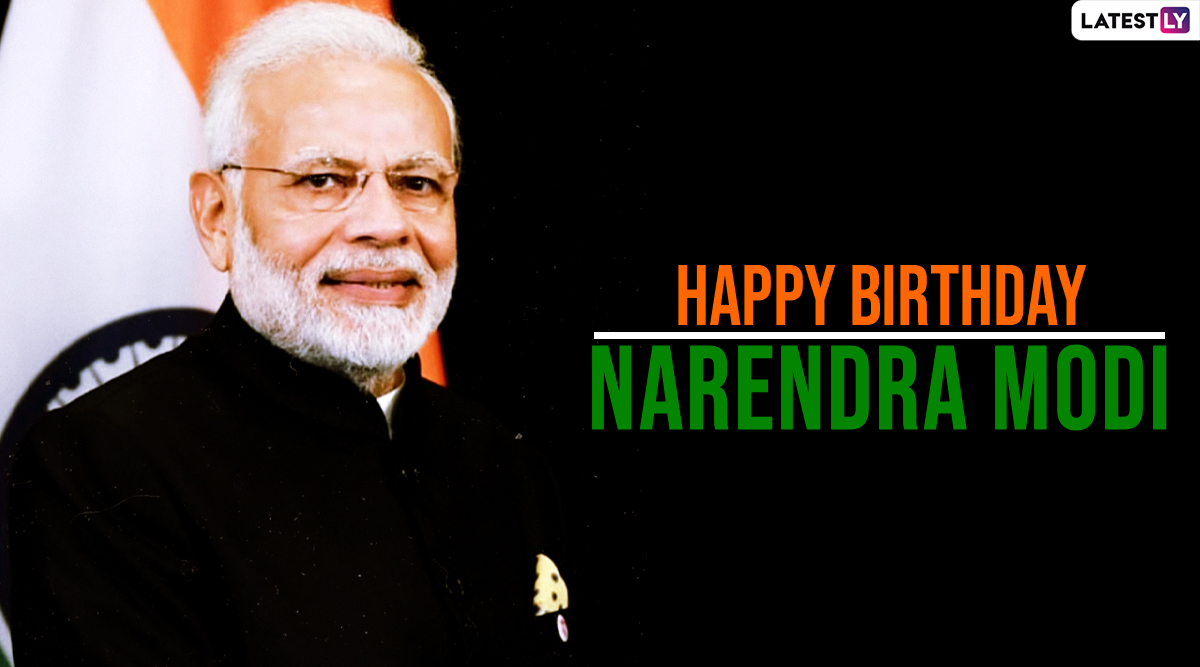 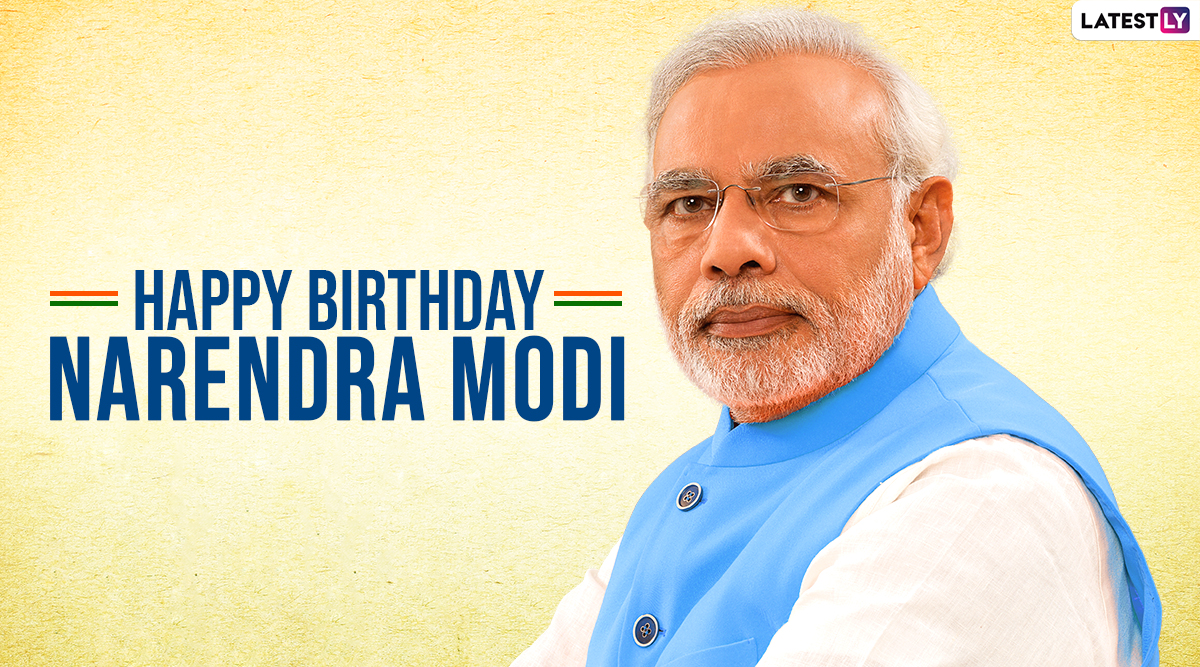 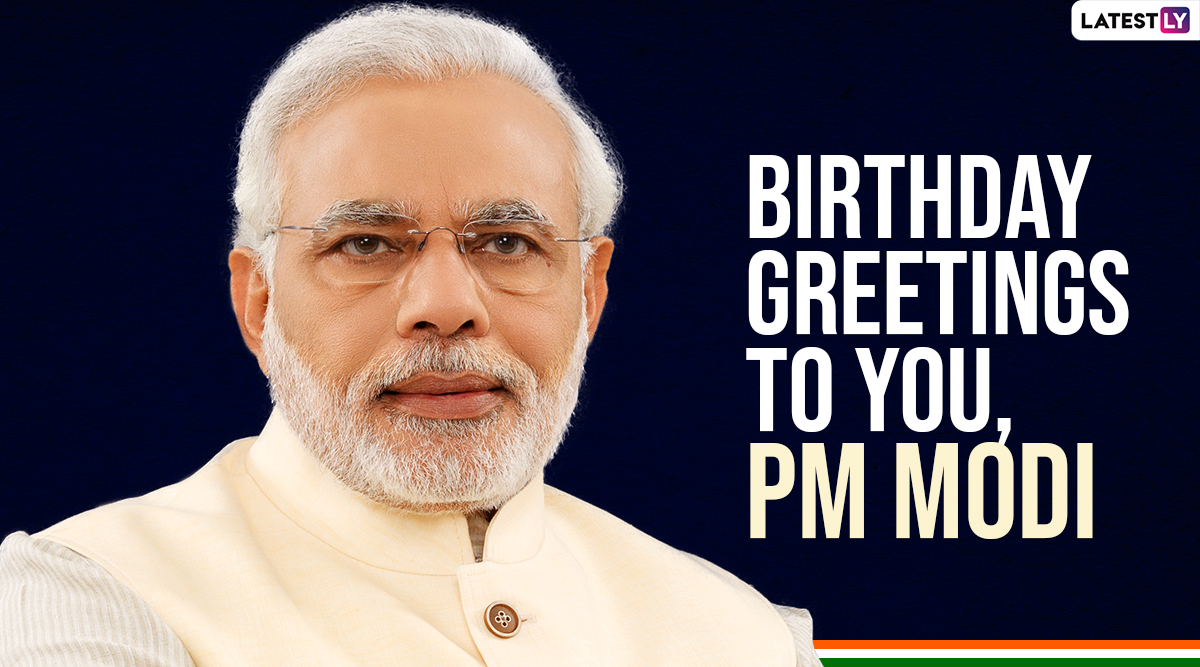 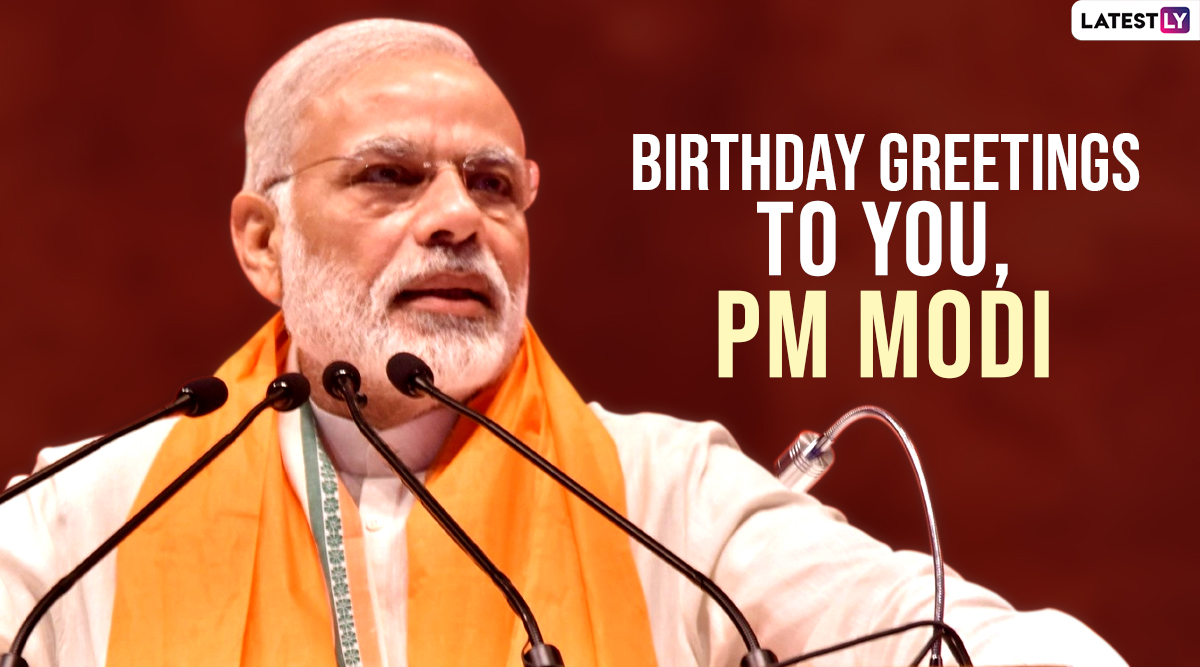 During 'Seva Saptah', the BJP will carry out social activities across the country. Various events highlighting achievements of the Modi government will also be held. Reportedly, the BJP has planned initiatives like different drives for mask distribution, blood donation, and food-and-fruit distribution among the poor, to mark PM Modi's birthday. We wish Prime Minister Narendra Modi a very Happy Birthday!

(The above story first appeared on LatestLY on Sep 17, 2020 06:30 AM IST. For more news and updates on politics, world, sports, entertainment and lifestyle, log on to our website latestly.com).